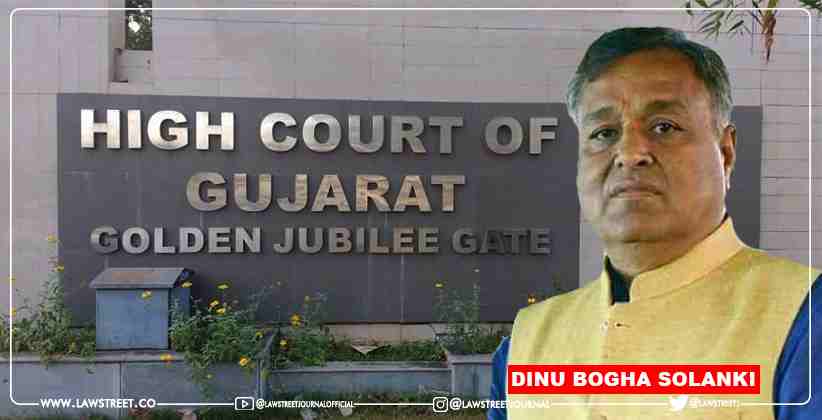 On 30th September 2021, the Gujarat High Court suspended the life sentence of Ex Member of Parliament, Dinu Bogha Solanki, who was awarded the life sentence for the murder of Right to Information (RTI) Activist Amit Jethwa in 2010  by a special CBI court in 2019. It was held that the motive behind the murder was to take revenge as the activist had exposed illegal mining activities in the Gir Forest region.

Amit Jethwa was a lawyer and an RTI activist, he was shot dead for exposing illegal mining near the Gir Wildlife Sanctuary which involved Dinu Solanki through RTI applications.

Jethwa had filed a Public Interest Legislation (PIL) in protest of the illegal mining which was taking place around the Gir Wildlife Sanctuary which is the only abode of the Asiatic Lion.

In the PIL filed by the RTI activist Dinu Solanki and Shiva Solanki were named as respondents as the activist had documents showing that they were involved in the illegal mining. However, as the case was being heard in the court it was held that he was shot dead outside on 20th July 2010.

Dinu Solanki was a Member of Parliament(MP) from the period of 2009 to 2014, he was held guilty for the murder by the Special Court of CBI along with his cousin Shiva Solanki and six others Shailesh Pandya, Bahadursinh Vadher, Panchan G Desai, Sanjay Chauhan, and Udaji Thakore.

INVESTIGATION AGAINST THE ACCUSED

The crime branch of the Ahmedabad Police was given the responsibility of probing into the matter. The police could not gain any evidence which convicted Dinu Solanki for the murder of the activist. The investigation failed to satisfy the High Court and hence the Court gave the case to the Central Bureau of Investigation in 2013.

In 2013, the Central Bureau of Investigation filed a charge sheet against Dinu Solanki and the other convicts, however, it was only in 2016 that the charges of murder and criminal conspiracy were filed against the convicts.

During the first trial, the Court examined 196 witnesses, after that, around 105 of these witnesses turned hostile which means that they refused to support the case framed by CBI as they were threatened by the accused.

TRIAL BEFORE THE GUJARAT HIGH COURT

The life sentence of the accused has been suspended by the Bench of the Court consisting of  Justice Paresh Upadhyay and Justice AC Joshi. This decision has been taken by the Bench observing that the judgement of the CBI’s Court was “prima facie erroneous” and has been built on various presumptions and assumptions.

The Court held that the sentence awarded to the accused was based on circumstantial evidence rather than anything substantial and referring to the case of  Sharad Birdhi Chand Sarda vs State Of Maharashtra (1984 AIR 1622), the Court stated that the accused must be proved guilty of the crime and they cannot be convicted on the basis of assumptions.

It was also observed by the Court that the CBI had named him as the prime accused of the conspiracy for the murder of the activist on the basis of the statement of one person who was employed by the applicant saying that he had heard the accused say that something needs to be done in regard to the deceased. However, before that, the applicant was not named as an accused by any other authority.

The Court held that the circumstances did not support the conviction made by the CBI Court and also stated that there was a breach of the principles laid down by the Supreme Court in the judgement given by the Court since there was no chain of evidence established against the applicant.

It was stated by the Court that there is a possibility of false implication which cannot be negated completely and therefore the Court granted the accused bail on 1 lakh personal bond and one surety of equal amount with the further condition that he shall not leave the country without the permission of the Court.

A life sentence of the accused has been suspended for the period during which his appeal is pending in the Gujarat High Court.