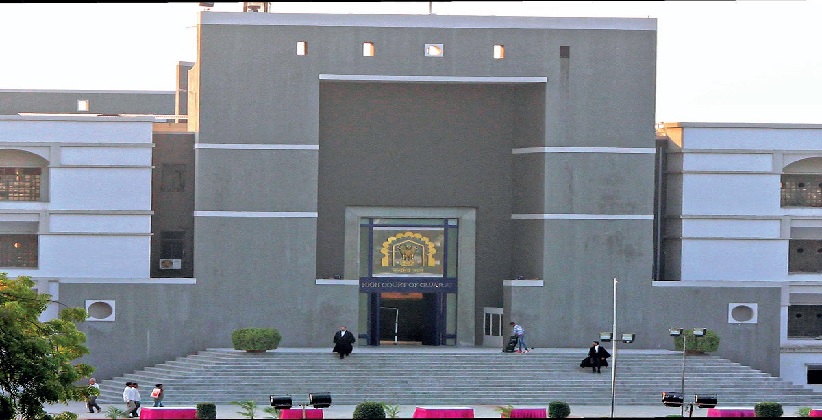 The Gujarat High Court recently made significant remarks on the matter of providingopen-access to court hearingsbeing conducted through video conferencing. The bench comprised of Chief Justice Vikram Nath and Justice JB Pardiwala while disposing of the PIL seeking live streaming of virtual court hearings said:

“To observe the requirement of open court proceedings, the members of the public should be allowed to view the court hearings conducted through the video conferencing, except the proceedings ordered for the reasons recorded in writing to be conducted in-camera.”

The response was provided on a plea file by a third-year law student of Nirma University, Pruthvirajsinh Zala which stated that the present system of virtual hearings whereby the video link to proceedings is shared only with the Advocates concerned is “inaccessible” to the public at large including litigants, media personnel and law students, etc.

The judges appreciated the petitioner’s efforts to raise such an important issue and informed that the committee of judges had already been constituted to take up the issue on the administrative side.

The bench said “For the purpose of working out the modalities to facilitate the people at large including the media to watch the virtual hearing, a committee of two Honourable Judges of this High Court has been constituted pursuant to the decision taken by the standing committee in its meeting held on 25th June 2020.

...Once the report is received, the further action to allow access to the public at large including the media persons of print digital and electronic media shall be finalized.”

In this backdrop, the plea was disposed of with the following remarks,

“The right to know and receive information is one of the facets of Article 19(1)(a) of the Constitution and for which reason, the public is entitled to witness the court proceedings involving the issue having an impact on the public at large or a section of the public, as the case may be.”

The petitioner had argued that Physical hearings ought to be made more accessible by setting up live-streaming mechanism, in terms of Section 327 of CrPC and Section 153-B of CPC, that relate to open trials and access to the public during the hearing of cases before the court.

He relied on the judgment of SC in Naresh Shridhar Mirajkar & Ors. V. State of Maharashtra & Anr, AIR 1967 SC 1 as per which:

“Public confidence in the administration of justice is of such great significance that there can be no two opinions on the broad proposition that in discharging their functions as judicial tribunals, courts must generally hear causes in open and must permit the public admission to the courtroom.”

The High Court of Kerala is the only court in India which has successfully started live-streaming of court hearings through the Zoom App.

The Calcutta High Court has also agreed to conduct proceedings online in a case where a child was born to Parsi women and Non-Parsi men into a fire temple in the city. However, the date of the final hearing has not been fixed.