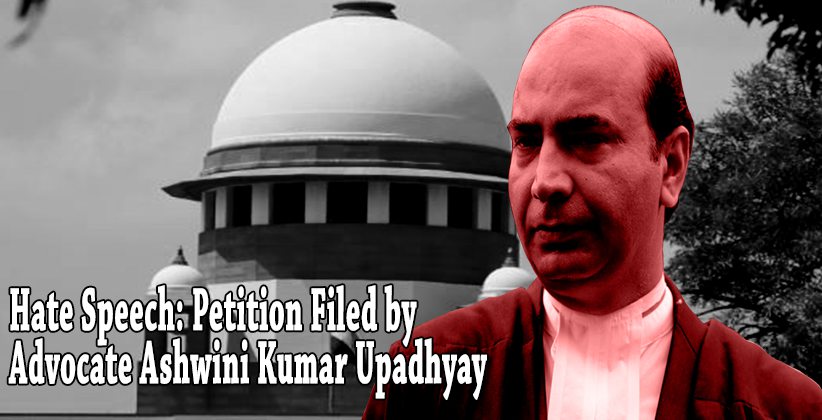 BJP Spokesperson and Advocate Ashwini Kumar Upadhyay has filed a petition in the Apex Court on 27th February 2020. The petition has sought the implementation of the 2017 Law Commission report on hate speech.

Hate speech poses a complexity of challenges to the freedom of speech and expression guaranteed by the Constitution. The Supreme Court had further asked the Election Commission to combat hate speech with laws thereby. In March 2017, the Law Commission led by the former SC judge Justice B.S. Chauhan had recommended inserting two new provisions in the Indian Penal Code that would include the speech that instills "fear or alarm" in the listeners in order to provoke violence.

The Commission's report has defined hate speech as an, “incitement to hatred primarily against a group of persons defined in terms of race, ethnicity, gender, sexual orientation, religious belief and the like”.

Thus, “hate speech is any word written or spoken, signs, visible representations within the hearing or sight of a person with the intention to cause fear or alarm, or incitement to violence.”