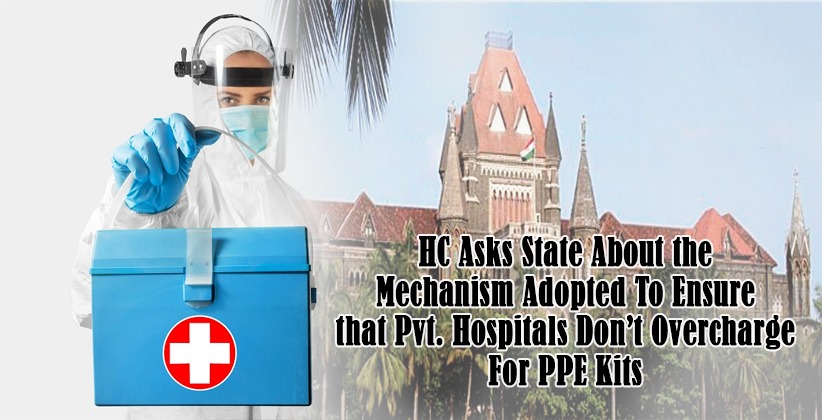 Advocate Abhijeet Mangade filed a Public Interest Litigation (PIL) in which he stated that some private hospitals in Mumbai and neighboring Thane district were overcharging patients admitted for COVID-19 and non-COVID treatment, for items including PPE kits, gloves, and N95 masks.

Through video conference, a division bench of Chief Justice Dipankar Datta and Justice Sarang V Kotwal heard the PIL on Tuesday. The Bombay High Court asked the Maharashtra government if it had any mechanism to ensure that private hospitals and nursing homes did not overcharge for PPE kits and other productive gear.

The petitioner in his PIL mentioned that his mother was admitted to the hospital for around 7 days in June for non-COVID 19 treatment where he was charged Rs. 72,806/- for PPE kits and other items.

Another incident he mentioned was in a hospital at Dadar in Central Mumbai where a patient was charged over Rs. 16,000/- for three days for PPE kits and other items. On May 21st,2020, Nisha Mehra, Additional Government Pleader told the court that the State Government had issued a resolution capping hospital bed charges and cost of other items.

The matter is posted for further hearing on August 7th, 2020 wherein the court has directed the State Government and the two hospitals to file their affidavits responding to the petition.