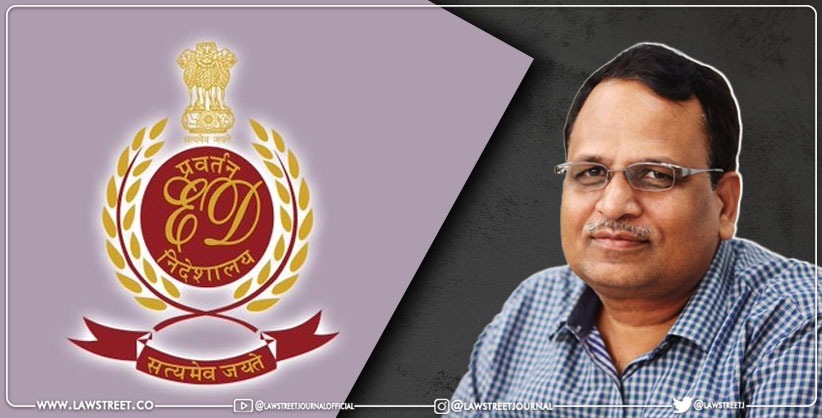 NEW DELHI: The Delhi High Court on Saturday dismissed a petition by Delhi's Health Minister Satyendra Kumar Jain against an order to transfer his bail plea from one court to another at Patiala House Court here, saying apprehension of bias in the mind of a party was sufficient for it.

"The question is not of an integrity or uprightness of the Judge; or of the authorities over which the petitioner (Jain) once had jurisdiction..., but is of an apprehension in the mind of a party," a single judge bench of Justice Yogesh Khanna said.

The court held that the order passed by the Principal District and Sessions Judge on September 22 does not suffer from any illegality or need interference.

The bench said the facts of the case showed the Enforcement Directorate did not merely harbour the apprehension but rather had acted upon it by rushing to this court on issue of trial court calling for medical reports of the minister from the hospital under the Delhi government's jurisdiction, hence their request cannot be said to be flimsy or not reasonable.

"The question is not if there was any alleged violation of Delhi Jail Manual and Rules, but allegedly of his stature/influence to allegedly seek benefit under such rules. The apprehension raised were not at a belated stage, as the request for an independent evaluation were consistently made and rather the respondent (ED) rushed to this court (separately)," the bench said.

During the proceedings before the trial court on his medical bail, the ED led by Additional Solicitor General S V Raju, submitted repeated requests were being made to get Jain examined through an independent hospital or from AIIMS, New Delhi or RML Hospital, but the court preferred to wait for the report of the LNJP hospital, despite objection by the department.

After the High Court on ED's plea ordered the trial court on July 28 not to consider the medical report from LNJP hospital, Jain preferred to withdraw his bail plea and got discharged from the hospital on August 6, he said.

The ED further said when on June 13, Jain was examined at RML Hospital, he was found to be fit and he did not complain of any disease. Yet jail doctor showed him having fever on June 13, and suffering from various ailments including, fluctuating oxygen etc.

This caused an apprehension that the petitioner may be misusing his position by feigning illness. The petitioner got admitted at LNJP hospital which was under his jurisdiction. Despite requests, the petitioner be produced in court, he obtained medical certificate(s) and thus was directed to appear through video conferencing. The Investigating Officer, on visit, found Jain lying on bed without any canula on his hands; multi para meter monitor being switched off and being without any oxygen mask. Even the wife of the petitioner was allowed to stay with him, the ED said.

Jain represented by senior advocates Kapil Sibal and Rahul Mehra contended the transfer of the case must be ordered in exceptional circumstances only. They also said till date, not a single order has been passed by the Special Judge (PC Act) in favour of him, be it remand of 14 days and rejection of bail application on June 13.

Jain was arrested in May this year for his alleged dealings with Kolkata's shell companies in transferring cash from Delhi through Hawala and purchase of agricultural lands through these funds in 2011-12. He has already been facing a probe by the CBI in a case of alleged acquisition of disproportionate assets during February 14, 2015 to May 31, 2017.