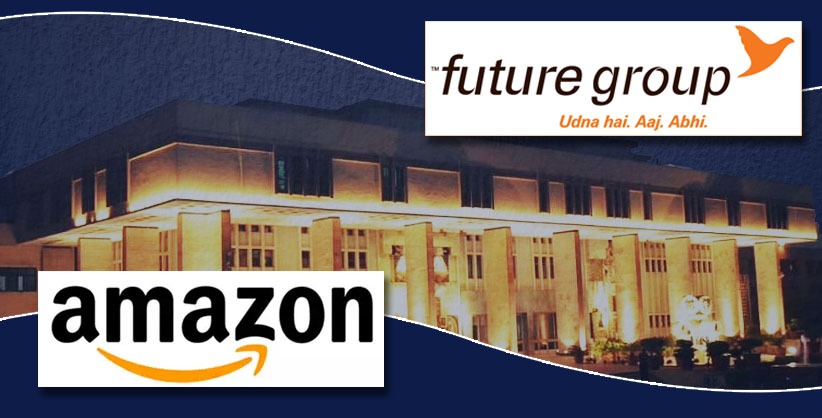 NEW DELHI: The Delhi High Court has on Tuesday dismissed the Future Group’s plea for termination of the arbitration proceedings before the Singapore arbitral tribunal, initiated by Amazon against the Rs 24,500-crore merger deal between Future Retail (FRL) and Reliance Retail.

With this, the arbitration proceedings will continue since the High Court rejected the contention that the Competition Commission of India had in December suspended the 2019 deal between Amazon and Future Coupons (FCPL).

It would be inappropriate for the court to interfere with the orders passed by the Singapore tribunal as those were “plainly, interlocutory orders”, Justice Hari Shankar said in 47-page judgement.

The court also rejected another plea by the Future group against the tribunal’s October order that permitted Amazon to amend its arbitration claim.

Relying upon the top court’s order of April 6 which had disposed of the case in terms of the joint consent by the parties, the bench pointed out one of the terms mentioned in the joint consent was that in the event of dismissal of Future group’s termination applications, the arbitral tribunal would continue with the arbitration, conclude hearing and publish the award.

In its judgement, the court said, “Any interdiction with the progress of the arbitral proceedings by this court would, therefore, be no less than an affront to the April 6 order passed by the Supreme Court, and would operate to dilute its effect. Article 144 of the Constitution of India enjoins on all judicial authorities to act in aid of the Supreme Court. Even for that reason, therefore, the challenge of the petitioners, in these petitions, cannot be entertained.”

At the same time, the court clarified that it has not expressed any opinion on the merits of the case and that the arbitral proceedings may continue “unimpeded and uninfluenced” by any observation made in its judgment.

The court also allowed both the sides to raise their contentions in these petitions at the appropriate stage.

On June 28, the Singapore International Arbitration Centre had dismissed the applications filed by FCPL and FRL but it had reserved the cost of these termination applications on a plea by Amazon for determination at the final stages of the proceedings.

In its two petition, the Future Group contended before the court that the dismissal of its termination pleas was “palpably erroneous and illegal.”