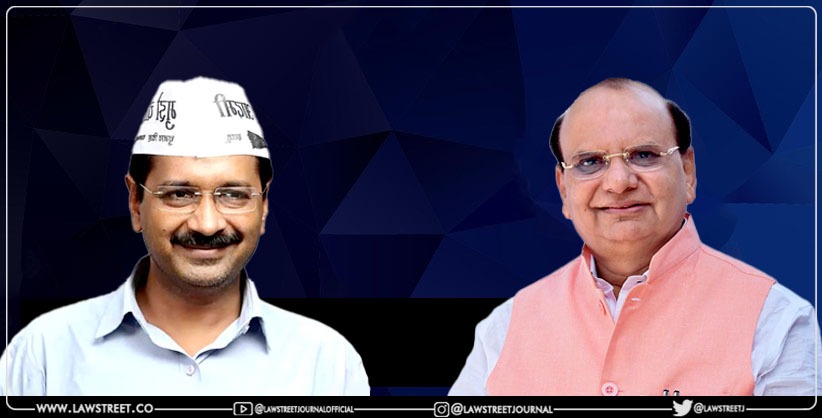 NEW DELHI: The Delhi High Court on Tuesday said reputation of an individual earned over the years can't be tarnished due to reckless statements as it restrained Aam Aadmi Party and its leader from posting any defamatory and incorrect information about Delhi's Lieutenant Governor Vinai Kumar Saxena and take down those materials from all platforms.

Acting on defamation suit by Saxena, a single-judge bench of Justice Amit Bansal passed an ad interim injunction against the Delhi's ruling party and its leaders.

The court said, "On a prima facie view, the various statements/interviews/press conferences/tweets/re-tweets/hashtags made by the defendants are per se defamatory."

"The same have been made in a reckless manner, without any factual verification, in order to tarnish the reputation of the plaintiff," the bench added.

The court noted that it cannot be gainsaid that reputation of a person is earned after years, which cannot be tarnished by any other individual in a casual manner.

"The damage caused to the reputation of an individual is immediate and farreaching on the internet. So long as the impugned content continues to be in circulation and visible on social media, it is likely to cause continuing damage to the reputation and image of the plaintiff. Balance of convenience is in favour of the plaintiff and against the defendants," the bench said.

The court also noted that in the present case, the plaintiff, being a Constitutional Authority, cannot meet the personal attacks being made by the defendants against him by taking resort to social media platforms.

It also pointed out the defendants have not even bothered to respond to the legal notice sent by him on September 5, 2022, so, the only remedy available for him to protect his reputation and prevent its erosion would be to approach the court of law and seek injunctive relief.

The court rejected a contention on behalf of the defendants that in cases of defamation, so long as some material has been placed on record, the veracity of the allegations can only be tested in trial and the adequate remedy would be damages, not interim injunction.

"I do not agree with the said submission. In appropriate cases where the Court is of the view that statements are unsubstantiated and have been made in a reckless manner without regard to the truth, in order to cause injury to the reputation of the plaintiff, the Court would be justified in granting an interim injunction," the judge said.

They made serious allegations against the L-G, saying that he had "indulged in money laundering during demonetisation, besides gross misuse of power as the Chairman of the Khadi Gramodyog".