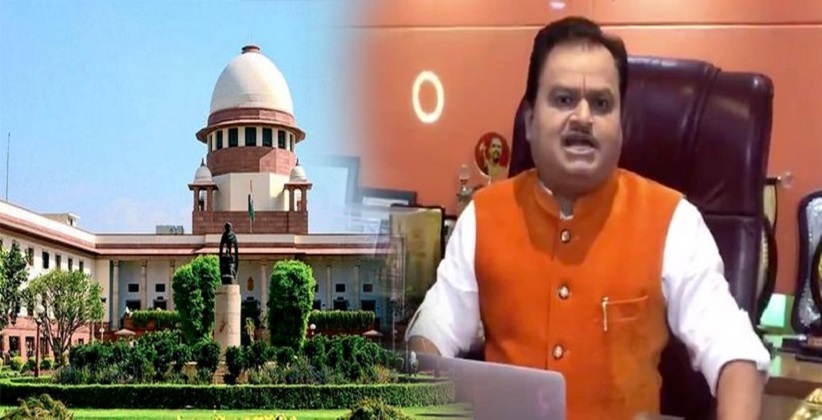 The apex court on Wednesday, September 23rd, 2020 adjourned the hearing of the controversial show of Sudarshan T.V. as the Central Government notified the court that a show-cause notice has been sent to the channel. Supreme Court set October 5th, 2020 as the next date for hearing in the matter. The Central Government requested the court to allow the channel to respond to the show-cause notice issued to them in order to explain the violations on their parts.

Sudarshan T.V. was asked an explanation by the Central government with respect to the apparent violation of Section 20 sub-section (3) of the Cable Television Network (Regulation) Act, 1995 and the Uplinking and Downlinking Policy Guidelines of 2011. The explanation was asked by September 28th, 2020.

Solicitor General of India, Tushar Mehta urged in the apex court that “My suggestions would be to defer this hearing to after 28 September… we can’t prejudge the government’s decision; the channel is also due to reply…and it is a detailed show-cause notice, displaying the facts which prima do not seem in conformity with the Program Code….we can’t pre-empt the government’s decision…”.

The bench lead by Justice D.Y. Chandrachud and comprising of Indu Malhotra, K.M Joseph said that “During the course of the hearing today, Mr. Tushar Mehta, Solicitor General of India stated that the Central Government has, in the exercise of the power conferred upon it by sub-section (3) of Section 20 of the Cable Television Networks (Regulations) Act 1995, issued a notice to show cause dated 23 September 2020, to ‘Sudarshan News’. Since the notice is stated to be ‘returnable’ on 28 September 2020, the Solicitor General has requested the Court to defer the hearing in the present case so as to enable the Central Government to take a considered view of the matter.”

The court ordered that “Since a notice to show cause has been issued by the Central Government to the fourth respondent today, the hearing of the present proceedings is deferred to 5 October 2020. The notice shall be dealt with in accordance with the law and the Central Government shall submit a report to this court indicating the outcome of the notice. Since the notice has been issued during the pendency of these proceedings, further steps in pursuance of the notice to show cause shall be subject to the result of the present proceeding and to such orders as may be passed by this court”. The court also said that the interim order passed by this court on September 15th, 2020 according to which the channel was not allowed to telecast the further episodes, shall continue to remain in operation.

Before this the Central Government on September 9th, 2020 gave a green signal to Sudarshan T.V. to telecast “Bindass Bol” after the Delhi HC gave a red signal. The Central Government then said that Sudarshan T.V. is allowed to telecast the show but should keep in mind that it does not violate any of the program codes and if any violation is found, actions will be taken according to law.