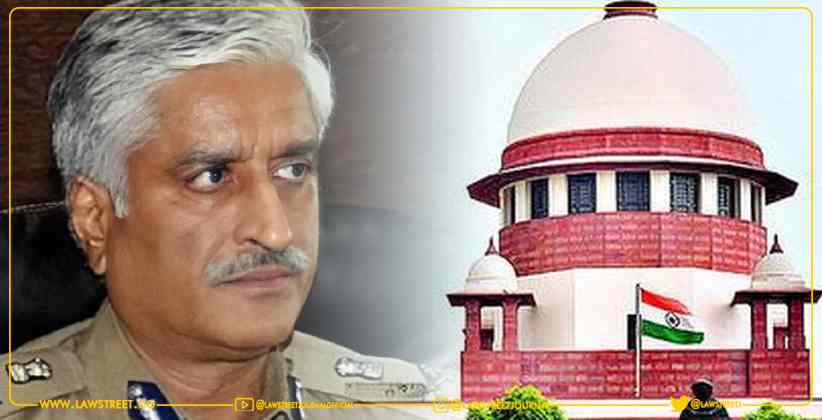 On March 4, 2022, the Supreme Court expressed shock at an order by the Punjab and Haryana High Court awarding former Punjab Director General of Police (DGP) Sumedh Singh Saini protection from arrest in matters currently or likely to be filed against him in the future.

"This is unprecedented order. How can future course of action be stayed? It is shocking and three of us (judges) feel that it is unprecedented. This will require hearing," the Court said

The Hon'ble Court even mentioned that it will request the Chief Justice of the High Court to reassign the case to someone other than the judge who issued the interim order.

Senior Counsel Mukul Rohatgi who appeared on behalf of Saini, on caveat, submitted that there's a delay of 3.5 years in filing the petition after the impugned order was passed.

The Chief Justice of India however said, "Whatever it may be, you can't pass an order saying future cases also he can't be arrested? What is this? This is shocking and three of us feel it's an unprecedented order. We haven't seen this kind of order in our lives

The Advocate General also informed the Court that the order had been extended until April 20th the day before.

Initially, the Bench was inclined to issue a notice and list the case after four weeks. Mr Rohatgi, on the other hand, requested that the High Court be directed to dismiss Saini's writ suit, which seeks to transfer investigation of cases brought against him to the CBI.

The Bench then requested that the High Court resolve the dispute before it within two weeks. The Court did clarify, however, that the case will be considered by a different judge.

The Court has asked the Chief Justice to consider the case himself or to appoint a new judge. Meanwhile, the State's Special Leave Petition before the Supreme Court will continue to be heard.

The Bench was reviewing the State of Punjab's challenge to orders issued by the Punjab and Haryana High Court, in which the High Court granted Saini blanket anticipatory relief in all cases relating to his entire service tenure except one FIR-related occurrence. Last year, the High Court ordered a stay of arrest and investigation in all matters currently or likely to be filed against the accused until the Punjab General Election, which is scheduled for February 2022.

The present special leave petition filed by the State of Punjab challenged the following orders passed by the High Court:

The Court also ordered a categorical stay on all further investigation related to the pending FIR’S pending against him, as well as any other investigations, including those conducted by any commission constituted by the Punjab government, until February 2022. The Respondent's physical appearance in any court where a trial is pending will also be exempted until February 2022, according to the Court.

The Multan Murder Case, a Corruption Case, and a Sacrilege Case have all been filed against Saini by Punjab Police.

364. Kidnapping or abducting in order to murder.—Whoever kidnaps or abducts any person in order that such person may be murdered or may be so disposed of as to be put in danger of being mur­dered, shall be punished with 1[imprisonment for life] or rigor­ous imprisonment for a term which may extend to ten years, and shall also be liable to fine.

344. Wrongful confinement for ten or more days.—Whoever wrongfully confines any person for ten days, or more, shall be punished with imprisonment of either description for a term which may extend to three years, and shall also be liable to fine.

219. Public servant in judicial proceeding corruptly making report, etc., contrary to law.—Whoever, being a public servant, corruptly or maliciously makes or pronounces in any stage of a judicial proceeding, any report, order, verdict, or decision which he knows to be contrary to law, shall be punished with imprisonment of either description for a term which may extend to seven years, or with fine, or with both.

1[120B. Punishment of criminal conspiracy.—

(1) Whoever is a party to a criminal conspiracy to commit an offence punishable with death, 2[imprisonment for life] or rigorous imprisonment for a term of two years or upwards, shall, where no express provision is made in this Code for the punishment of such a conspiracy, be punished in the same manner as if he had abetted such offence.

302. Punishment for murder.—Whoever commits murder shall be punished with death, or 1[imprisonment for life], and shall also be liable to fine.