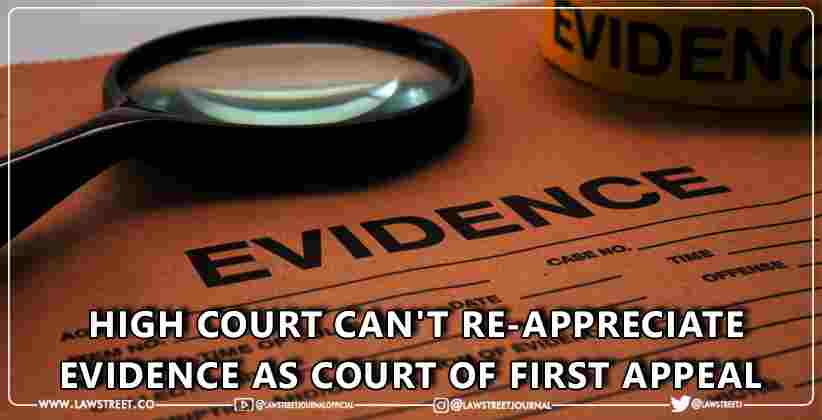 A bench of Justices Sanjiv Khanna and Bela M Trivedi held that power under article 227 of the constitution, which deals with the power of superintendence over all state courts does not enable High Courts to again weigh or appreciate the evidence and facts of the matter being challenged.

The jurisdiction exercised is in the nature of correctional jurisdiction to set right grave dereliction of duty or flagrant violation of fundamental principles of law or justice, the court added. The Court was hearing an appeal against a Delhi High Court judgment which had in the exercise of powers under Article 227 set aside a dated July 24, 2018, of Additional District Judge (Tis Hazari).

The respondent Prakash Chand Goel had filed a civil suit in the Delhi High Court against Garment Craft for the recovery of ₹81 lakh. However, Garment Craft stated that Goel in fact owed him ₹88 lakh due to faulty goods. After Goel led evidence, Garment Craft was due to lead evidence but the sole proprietor of the firm got embroiled in an unconnected case which led him to be jailed.

Later, on an application, the appellant firm was called to lead evidence but no one from the appellant's side appeared purportedly because the proprietor was in jail. Goel then preferred a miscellaneous petition under Article 227 of the Constitution before the High Court against the order setting aside the ex-parte decree.

This was allowed by the High Court primarily for the reason that the counsel for the appellant had applied and taken a certified copy of the ex-parte judgment dated November 8, 2016, in December that year, which showed that the appellant was represented by his counsel even at that stage.

The said order was in appeal before the Supreme Court and it set aside the judgement of the High Court.