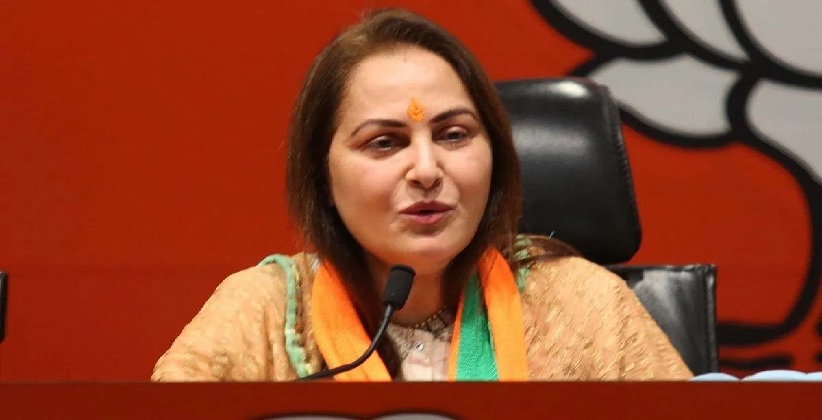 The High Court of Allahabad (now known as Prayagraj) while permitting the application put in by the ex-MP Jaya Prada in front of the Allahabad High Court rescinded all orders as well as non-bailable warrant furnished against her by the Additional District & Sessions Judge, Rampur in connection to a Non-Cognizable Report filed against her for making “x rays like eyes” statement with regards to Samajwadi Party’s Abdullah Azam Khan.

The former member of parliament has submitted an application under Section 482 of The Code of Criminal Procedure, 1973 with the plea to rescind the complete criminal proceedings of the case that was filed against her under Section 171-G of Indian Penal Code (False Statement with Relation to Election), pending before Additional District & Sessions Judge, Rampur as well as non-bailable warrant filed by the court as mentioned above.

The lawyer on the behalf of the applicant, Neeraj Srivastava, had filed punishment as mentioned for the offense under Section 171-G Indian Penal Code and the nature of the offense as mentioned in the Schedule of the Code of Criminal Procedure, 1973, the offense is non-cognizable and is squarely covered with the definition of Section 2 (d) of The Code of Criminal Procedure, 1973. The cognizance could not be taken directly as a State case and can proceed only as a complaint case.

Section 482 of The Code of Criminal Procedure, 1973states, “Saving of inherent powers of High Court. Nothing in this Code shall be deemed to limit or affect the inherent powers of the High Court to make such orders as may be necessary to give effect to any order under this Code, or to prevent abuse of the process of any Court or otherwise to secure the ends of justice.”

Section 171-G of Indian Penal Code states “Whoever with intent to affect the result of an election makes or publishes any statement purporting to be a statement of fact which is false and which he either knows or believes to be false or does not believe to be true, in relation to the personal character or conduct of any candidate shall be punished with fine.”

The one judge bench of Justice Om Prakash-VII stated that;

The advocate from the state’s behalf contended before the court that even though the crimes filed against the applicant are not cognizable but the procedure that was taken into consideration by the Trial Court cannot be termed as illegal. The court stated that indubitably, the crimes that were alleged against ex-MP Jaya Prada were not cognizable, but this could not be taken as a State case in the matter at hand, therefore, the trial court should pursue this only as a case of complaint. Hence, the case is sent back to the trial court. A new order should be passed which stays in the confinement of the laws.