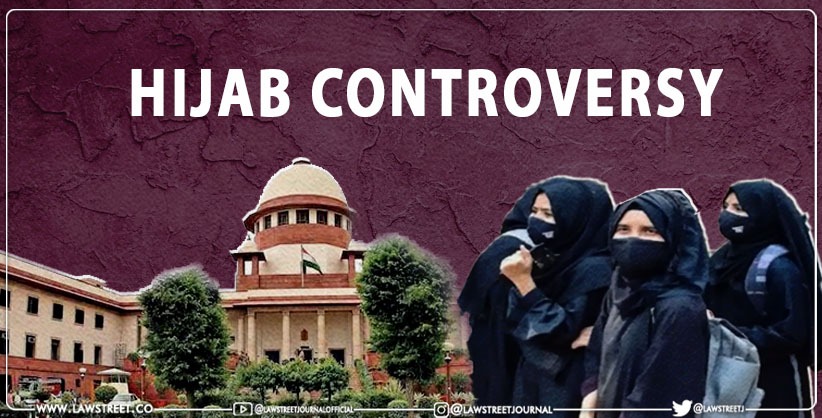 NEW DELHI: The Karnataka government on Tuesday claimed before the Supreme Court that the hijab controversy in state's Pre-University schools was started on social media by extremist organisation, Popular Front of India in order to create unrest in the state.

Opening arguments on behalf of the state government, Solicitor General Tushar Mehta said till 2021, no girl student was wearing hijab and everybody scruplously followed the uniform but a campaign was launched as part of the larger design to create unrest, forcing the state as custodian of constitutional rights to intervene into the matter.

"It was not a spontaneous reaction by students but a part of larger conspiracy in the middle of academic year to engineer social unrest. This sudden upsurge in demand to wear hijab was not original thinking by the students," he submitted before a bench of Justices Hemant Gupta and Sudhanshu Dhulia.

Had the government not acted, it would have been guilty of dereliction of duty, he maintained.

Mehta strongly defended the government notification of February 5, 2022, prohibiting use of headgear inside classrooms.

It would be doing great disservice to contend the order targetted one community since it did not allow saffron muffler, gamcha as well, he said.

Mehta also said India is a secular nation and even in countries, which are constitutionally Islamic like Iran, not all women are wearing hijab and instead they are fighting against it.

He also maintained that mere mention of hijab in 'Quran' may make it a religious practise, but not essential. The practice has to precede or co-exist with the religion.