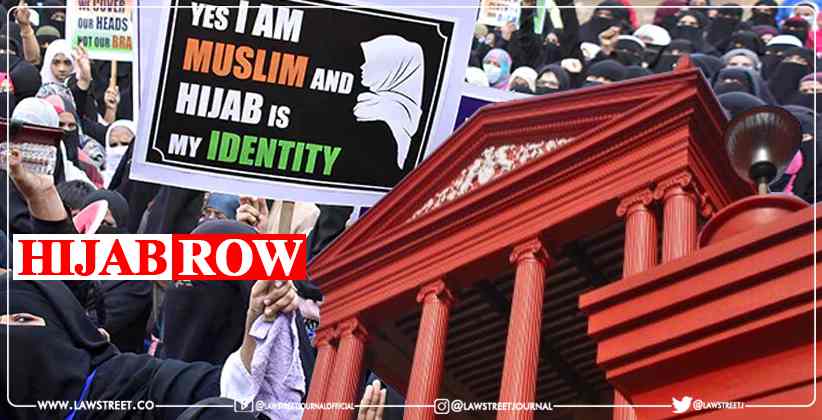 After 11 days of hearings, a Karnataka High Court bench reserved its decision on a number of petitions filed by students seeking to exercise their right to wear hijab in educational institutions. On petitions challenging the state government's order, effectively banning the wearing of hijab in educational institutions in the state, a full bench of the Karnataka High Court, consisting of Chief Justice Ritu Raj Awasthi, Justices Krishna S Dixit and JM Khazi, reserved judgement.

The court asked the petitioners to file written submissions, if any, before the Bench. The Chief Justice of the High Court, Ritu Raj Awasthi, who is part of the three-judge bench, told the lawyers earlier on Thursday that the arguments should be completed by Friday. He also requested written submissions from the parties within two to three days.

Meanwhile, Devadatt Kamat, in his rebuttal argument, stated that his client attends a co-educational college where she was admitted two years ago. According to him, she had been wearing a Hijab since she started college, but the limitation was abruptly enforced, and she was obliged to stop wearing it.

Kamat told the court that he is not asking for any general declaration on Hijab that it is part of an essential religious practice but his contention was the government order on February 5, which barred everyone from wearing clothes that could disturb peace, harmony, and public order. According to him, the General Order cannot stand and it has to be quashed.

“If the GO passes there is no constraint on the exercise of a basic right under Article 25 of the Constitution,” the lawyer stated.

In reply, the Chief Justice demanded to know how he can insist on wearing the hijab in an institution which has a uniform and which basic right the petitioner has. He also instructed Kamat to show that Hijab is part of Islamic practice. "We're not talking about any limitations here." "We're just discussing your right, which you insist on," CJ Awasthi explained.

Kamat responded by telling the court that the right comes from the Quran and Hadis.

How did the Hijab Controversy Begin?

Six female students from a college in Udupi attended a news conference organized by the CFI in the coastal town on January 1 to protest the institution's refusal to let them into courses while wearing hijab.

This was four days after they asked permission from the administration to wear hijab in class, which was denied. According to college Principal Rudre Gowda, pupils used to wear the headscarf on campus but removed it before entering the classroom.

"There was no regulation against wearing a headscarf in the classroom because no one had done it in the previous 35 years." "The students who came with the demand had other forces behind them," Gowda had stated.

Should not the government professing to be secular treat all religions at par? – Madras High Court while quashing FIRs against Temple Activist