“How do we frame guidelines so that NPAs don’t occur ? It is the legislatures job” states SC while dismissing plea 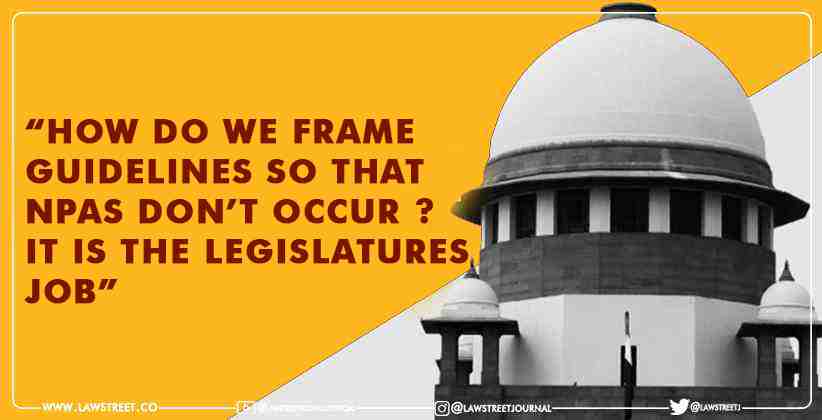 Dr Swamy: this matter arises after your observations on this issue, this plea deals with large cases and methods by which large number of NPAs do not occur again

SC: Dr Swamy how do we frame guidelines so that non performing assets do not occur? its for the legislature

Dr Swamy: This will be beneficial for everybody..

Justice Vikram Nath: RBI, Finance ministry has been issuing guidelines and policies are framed so that NPAs do not occur. there is no need for us to interfere in all of this

Dr Swamy: If you look at the judgments referred to in the petition along with others which states how courts haven't taken a hardline position that it cannot enter this domain

Justice Chandrachud: we can say ultimately RBI can look at your material and take a decision at policy level. But constituting a committee etc cannot happen

Dr Swamy: Monetary policy has a large bearing effect. Question of public having no representation is important here.

Justice Chandrachud: invoking the jurisdiction of this court under article 32 the petitioner appearing in person has sought the following reliefs as discussed. The plea states that it is appropriate for this court to constitute and expert committee for necessary guidelines

Justice Chandrachud: in the matter of this nature the reliefs which have been sought is core issues of policy which pertain to the domain of expert body such as RBI.

SC: the matter may not be amenable to judicially manageable standards either for court on its own accord to tread into policy domain.

SC: We leave it open to petitioner to submit a representation or the plea itself its a representation to RBI so that a view can be taken so that any guidelines be duly modified to address the grievances. Thus we are not inclined to take this up. Plea is accordingly disposed off