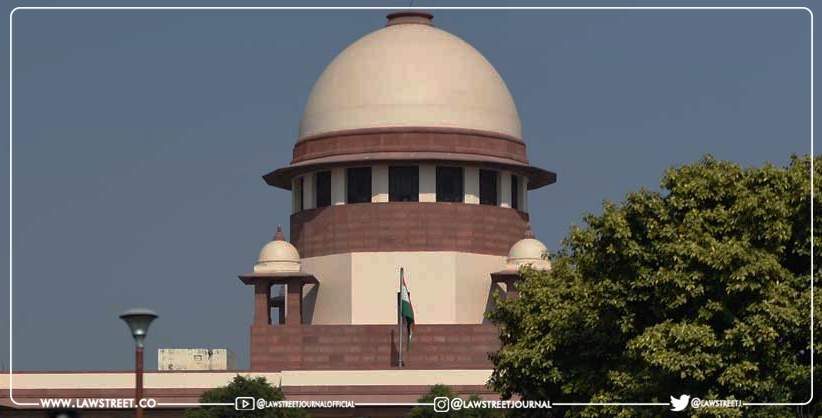 The Supreme Court will consider a plea preferred by Latif Magrey, father of Amir Magrey, who was killed in the Hyderpora Encounter in Srinagar, assailing the order passed by the Jammu & Kashmir High Court to stay the exhumation of his son’s body.

After father withdraws his prayer regarding exhumation and handing over of mortal remains and confines the plea to performing last rites, the Supreme Court requests the Jammu & Kashmir High Court to decide the request, preferably within a week.

Grover: This is an unusual case where four people were killed in an encounter, and my son was one of them.

Kant J: Tomorrow the matter is before the High Court.

Grover: High Court has expressed the view that the matter will be heard in detail. I'm prepared to go to the graveyard where he's buried.

The counsel for the petitioner states that the petitioner doesn't want to press the first relief granted by the High Court for the exhumation of the body. He, however, wants to perform the last rites as per his religious practices at the graveyard where his son was buried.

He also presses for alternative relief of complaint.

Since the Letter Patents Appeal (LPA) is listed for hearing before the Division Bench tomorrow, we dispose of this Special Leave Petition (SLP) without expressing any merit with a request to the High Court to consider the alternative relief either tomorrow or within one week.

With this observation, SLP is disposed of at this stage.

The administration has not yet exhumed the body of slain Ramban youth Amir Magray to give it to the family for burial, even a week after a Jammu and Kashmir High Court ruling, according to the family and lawyer for the victim, who are considering taking additional legal action.

Amir was one of four people killed in an encounter on November 15, 2021 in the Hyderpora area of Srinagar.

The exhumation of his son's body from a Wadder Payeen graveyard in Handwara, north Kashmir, about 100 kilometres from Srinagar, was ordered by the High Court on May 27. Amir's father, Mohammad Latief Magray, claimed that the administration has not yet carried out this order.

Police claim that the confrontation resulted in the deaths of businessman Altaf Bhat, OGW Dr. Mudasir Gul, militant from Pakistan Haider Bhai, and associate Amir (from Ramban). The bodies of all four were interred by the police at a Handwara cemetery, but those of Altaf and Dr. Mudasir, two residents of Srinagar, were later exhumed and given to their families for burial.

According to Latief, the administration is delaying giving them the body so they can bury it properly even after they received justice from the court six months ago.

"A few days ago, I delivered a copy of the court decision to the Deputy Commissioner Ramban and Inspector General of Police (IGP) Kashmir offices. The response from their end has not yet materialised, though," he remarked.

On May 27, the J&K High Court ruled that Amir's body should be exhumed and commanded the authorities to make the necessary preparations for transporting the deceased man's body to his hometown so that it could be interred in a local cemetery in accordance with local customs, religious obligations, and religious beliefs. Additionally, if the body is severely putrid and not in a deliverable state, the J&K government must reimburse Amir's family Rs. 5 lakh.

Latief warned that they would consider taking more legal action if Amir's body was not delivered to them within the following few days.

The government has not appealed, thus there is no reason, according to Latief's attorney Deepika Rajawat, for not exhuming the body and giving it to his family.

"The administration is forcing them to go for contempt proceedings. “It is the measure available with us and we will definitely exhaust it if the body is not exhumed and handed over to the family.”