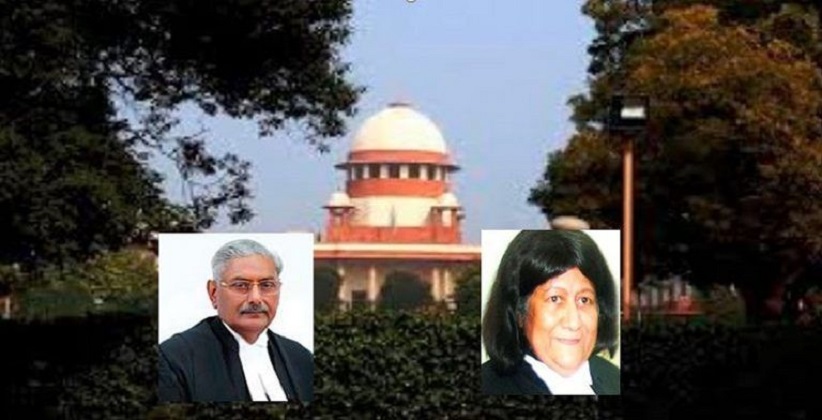 The Supreme Court on October 26, 2018, in the case of S. Sarojini Amma v. Velayudhan Pillai Shreekumar, has held that if the conditions in a conditional gift deed are incomplete and the title is with the donor then the deed of gift might be cancelled before the conditions are fulfilled.

A Bench of Justices Arun Mishra and Indira Banerjee has rendered the decision in an appeal against a judgment of the High court of Kerala.

The case involved two questions for consideration of the court. Firstly, whether a document styled as gift deed but admittedly executed for consideration, part of which has been paid and the balance promised to be paid, can be treated as formal document or instrument of gift. Secondly, whether a gift deed reserving the right of the donor to keep possession and right of enjoyment and enforceable after the death of the executant is a gift or a will.

In 1999, the appellant executed a deed of cancellation thereby cancelling the gift deed. After about eight months, the respondent filed a suit in the Court of Munsif, Sasthamcotta for a declaration that the cancellation deed executed by the appellant is null and void and also for a declaration of his right over the suit property which was the subject matter of the purported deed of gift.

The Court placed reliance on the judgment in the case of Naramadaben Maganlal Thakker v. Pranivandas Maganlal Thakker and Others, in which it was held that gift means to transfer certain existing moveable or immoveable property voluntarily and without consideration by one person called the donor to another called the donee and accepted by or on behalf of the donee.

Further, the Bench also relied on another case of Reninkuntla Rajamma v. K. Sarwanamma. In which a Hindu woman executed a registered gift deed of immovable property reserving to herself the right to retain possession and to receive rent of the property during her lifetime. The gift was accepted by the donee but later revoked.

The Supreme Court had held in that case that the fact that the donor had reserved the right to enjoy the property during her lifetime did not affect the validity of the deed. The Court held that a gift made by a registered instrument duly executed by or on behalf of the donor and attested by at least two witnesses is valid, if the same is accepted by or on behalf of the donee. Such acceptance must, however, be made during the lifetime of the donor and while he/she is still capable of making an acceptance.

In agreement with the Reninkuntla Rajamma judgment, the Bench said that “there is no provision in law that ownership in property cannot be gifted without transfer of possession of such property. However, the conditions precedent of a gift as defined in Section 122 of the Transfer of Property Act must be satisfied. A gift is transfer of property without consideration. Moreover, a conditional gift only becomes complete on compliance of the conditions in the deed.”

Thus, the Bench held that there was no completed gift of the property in question by the appellant to the respondent and the appellant was within her right in cancelling the deed.

It, therefore, set aside the judgment of the Kerala High Court.