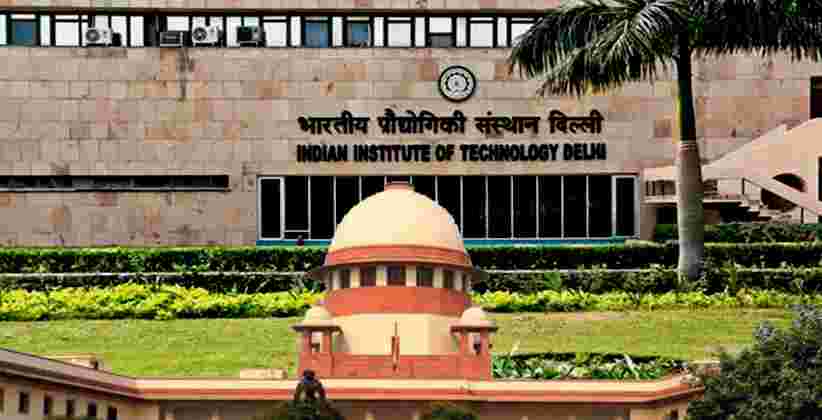 The Supreme Court on Thursday, 24th September,2020 had dismissed the plea seeking directions to the Centre and Indian Institute of Technology in the country to implement a “student wellness program”. The Bench comprised of Justice RF Nariman, Justice Navin Sinha, and Justice Indira Banerjee who called the plea a frivolous Public Interest Litigation and dismissed it.

The Apex Court was of the opinion that the government was aware of the prevailing condition and dismissed the plea filed by Advocate Gaurav Bansal which asked for a “student well program” as the number of suicides by the IIT students was rising across the nation.

The Bench was furious with the application and stated, “This is an utterly frivolous petition. Tell us how much we should impose on you?’ We are dismissing the plea with Rs 10,000/- as cost payable to the legal services authority.”

The Advocate mentioned that around 50 students had committed suicide in IIT in this half-decade and requested the Court to intervene in this matter and direct the Union Education Ministry and all the IITs to articulate and implement a “Student Wellness Program”, for their general wellness. He also referred that a committee has been formed by the Kanpur IIT specifically to look for matters related to suicide committed by students but there has been no improvement in the rate of increasing suicides among the students.

The court stated regarding the directions from the Centre and told that the Centre is alive and aware of the current situation.

The plea filed sought for a direction to 13 IITs to “forthwith plan, design, formulate and effectively implement student health wellness program focusing on prevention and reduction of suicides within their Institutions as mentioned under Section 29 and Section 115 of the Mental Healthcare Act, 2017.”

In accordance with these sections the petition had sought and issuance from the Court directing the IITs to provide aid and support to their own students and help them to recover from the suicidal tendencies by calling on the helplines or call centers at their respective institute level.