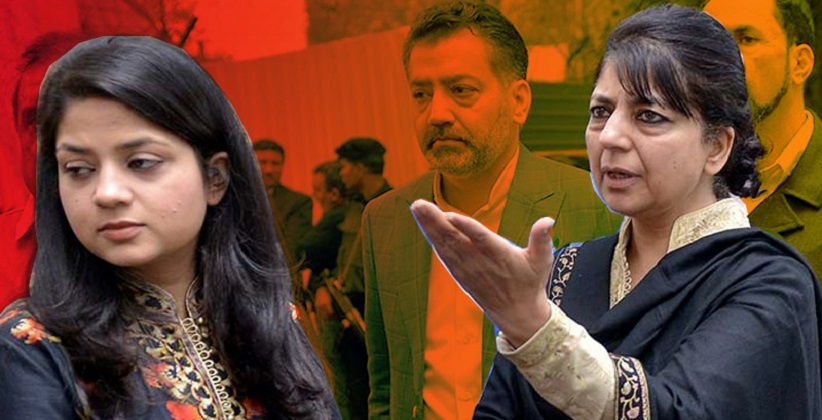 The daughter of Former Jammu and Kashmir Chief Minister and PDP leader Mehbooba Mufti, on 23rd of this month again approached the SC against “illegal and questionable” detention and extension of detention of her mother.

The petition of habeas corpus was filed by Iltija Mufti questioning her mother’s detention under the Public Safety Act and about the two extensions made in May and July.

Iltija pronounced to the top court that the reason of her mother’s detention is false and was “stale, vague and that they suffer from non- application of mind, malice in law and that they violate the provisions of sections 8(3)(b) of the PSA”. She added that her mother, an important opposition leader, had been “jailed” for over a year without recourse to trial.

“The detention order based on stale grounds have become staler even more since the petition was filed and the respondent administration has continued to act with total non-application of mind and the malice in law has only been reinforced and aggravated in confirming and extending the order of detention for further periods,” Iltija Mufti added in her petition, according to PTI.

Iltija Mufti had first filed the petition against her mother’s detention in February. The case was scheduled to be listed for March 18. She told the top court that the Jammu and Kashmir administration was yet to file its reply to the petition. “And it shows you the respect they have for courts and the SC [Supreme Court],” she said.

She further also mentioned that her mother had continued to be kept in detention for refused to sign a bond. “This bond and surety which she was repeatedly asked to sign, included the promise that: “In case of release from detention, she will not make any comment(s) or issue statement(s) or make a public speech(s), hold or participate in public assemblies related to the recent events in the State of Jammu and Kashmir, at the present time, since it has the potential of endangering the peace and tranquility and law and order in the State or any part thereof,” Miss Mufti said.

She also mentioned, “Thus, the admitted basis of the detention is a blanket undertaking not to make any comment on the recent events in the State.”

Miss Mufti also told the court that her mother had been not even allowed to meet the members of the party. “I am bringing to notice of court the treatment Miss Mufti has received and that she has been deliberately kept out of bounds for party people and not been allowed to attend to her duties as J&K PDP [Jammu and Kashmir Peoples Democratic Party] President,” she said.

Former Chief Minister and Peoples Democratic Party leader Mehbooba Mufti have been in House arrest for nearly a year since Article 370 of the Constitution scrapped on August 5 for the abrogation of Jammu Kashmir’s special status.

Mufti is the only Politician who is under detention till now.