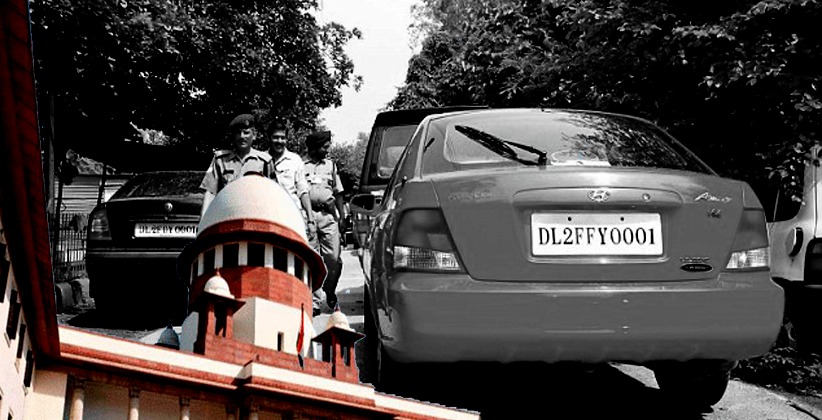 In the matter concerning payment of special fee against allotment of special registration numbers for vehicles, senior advocate Manoj Swarup has submitted before the Supreme Court in front of the division bench comprising of Justices L. Nageswara Rao and S. Ravindra Bhat, that the state governments are not empowered to charge additional fees for the registration unless given in the Motor Vehicles Act.

The written submission has been filed against the Madhya Pradesh government opposing the state appeal and stating that the notification issued by the government is ultra vires Section 41 of Motor Vehicles Act, 1998. He submitted that section 41 of the MV act contemplates application for registration of Motor Vehicles and lays down steps until final registration, including the registration fees. The same stipulates any fees that may be charged for allotment as is done by the state government as given in section 41(6) of the act.

Regarding the fees for the attachment of other documents and information, Swarup submitted that it has been clearly mentioned in section 41(2) for the fees incurred during the process by the central government and the state government does not have the power to levy any fees apart from that. It can be seen that - “State government has assumed to itself the function of allotment.”

He further enumerated that the rule-making power of the central and the state government has been clearly defined. It has been pointed out in Sub-section (o) of Section 64 (Power of Central Government to make rules) of the Act specifically contemplates the power of the Central government to determine the fees and other issues. Further, the provision is specifically excluded from Section 65 (Power of State Government to make rules) of the Act, thus indicating that the powers given to the centre are not given to the state also.

The written submission also contained that there is no specific authorization in act to levy fees in the name of registration of special numbers. The state government cannot charge the vehicle owners in the name of special numbers. However, in section 64(h) and 65(k) of the Act allows the state government to prescribe fees but that too only under certain circumstances, which nowhere relate to the registration fees.

Similarly, it states that the reference of Section 211 of the Act has been submitted that the same is placed in Chapter XIV of the Act, titled "Miscellaneous", as against section41(2) of the act. It is important to note that this additional fee goes against the objective of the Motor Vehicles Act. This act was enacted with the objective of bringing a uniform regime throughout the country. However, by the imposition of fees by the Madhya Pradesh government the entire objective of the act is demolished.