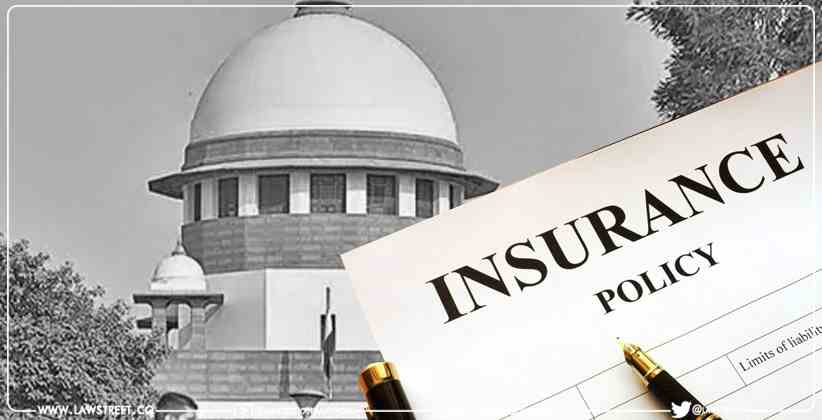 The division bench of Supreme Court comprising, Hon’ble Justices Hemant Gupta and Hon’ble V Rama Subramanian while dismissing a special leave petition filed by the Oriental Insurance Company assailing Allahabad High Court's order dated September 22, 2021 has observed that a condition in the insurance policy which bars the filing of the claim after the specified time period is contrary to Section 28 of the Indian Contract Act, 1872 ("Act") and thus void.

The Section 28 reads as follows:

Counsel representing the Insurance Company argued that the claim was time barred. To prove his statement, he submitted that the accident took place on August 29, 2017 and the deceased had succumbed to injuries on September 5, 2017 and claim was filed after on December 20, 2017 after a period of about 3 months. Counsel relied on the agreement executed between the Insurance Company and State as per which, in the event of delay of more than one month in filing claim after expiry of Insurance, the Collector has power to condone the delay of only one month.

Relying on the finding made by the Permanent Lok Adalat, counsel for the Respondent submitted that that claim was filed merely with a delay of 15 days.

Reliance was placed by the counsel on judgment passed by the Division Bench of the High Court in Gautam Yadav vs. State of U.P. and others, 2020(11) ADJ 321 wherein the Division Bench considered the period of limitation for the purpose of filing claim, and it was held that, "limitation provided under the said scheme is unreasonable and arbitrary and have substituted the said period by three years”.  While dismissing the plea, the bench of Justice Saurabh Shyam Shamshery in the order said,

The Counsel Appearing for the Insurance Company had submitted that the claim was not filed within a period of one month.

Two judges bench dismissed the appeal preferred by the Insurance Company and relied on Section 28 of the Act said,

"In view of the aforesaid Section the condition of lodging claim within a period of one month, extendable by another one month is contrary to Section 28 of the Act and thus void. In view of the said fact, we do not find any ground to interfere with the order passed by the High Court. SLP thus dismissed”

Karnataka High Court Refuses Petition To Avail 'Work From Home' Under Maternity Benefit; It Can Be Granted Only If Nature Of Work Permits