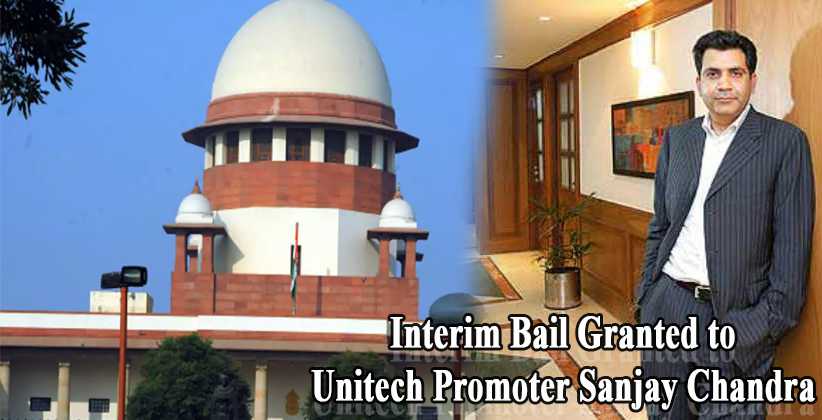 Judiciary Jul 08, 2020 Harshil Jain ( Editor: Ekta Joshi ) 18 Shares
18 Shares
On Tuesday 7 July 2020, the Supreme Court granted interim bail to Unitech Ltd. promoter Sanjay Chandra. The Court was told that his 78-year old father has been infected with COVID-19 and had been hospitalized in the Intensive Care Unit (ICU).

Sanjay, along with his younger brother Ajay Chandra, was sentenced to imprisonment in 2017 for allegedly siphoning off more than Rs 5,000 crore, deposited by homebuyers into his real estate firm. A division bench of Justices D Y Chandrachud and M R Shah granted the interim bail for one month to Sanjay, though Ajay Chandra was denied the same.

Also Read - Delhi Will hand over 15,000 flats in 4 years: Unitech Board of Directors to SC

Background of the Case- Unitech failed to complete its housing projects in Gurugram and Greater Noida and did not refund the homebuyer’s money with interest incurred thereon. It had promised to deliver possession of the flats in 2012. In 2015, a criminal complaint was filed against the Chandra brothers. Later on, 173 home buyers of Unitech projects− ‘Wild Flower Country’ and ‘Anthea Project’ in Gurugram− joined the complainant and filed similar complainants. In 2018, the Supreme Court ordered a forensic audit of Unitech Ltd. and its sister companies and other subsidiaries. It was carried out by, a Forensic and Investigation Services partner in M/S Grant Thornton India, Sameer Paranjpe. The reports were then submitted by the financial auditors that stated that Unitech Ltd. received about Rs 14,270 crore from 29,800 homebuyers, mostly between 2006 and 2014. In addition to this, it received about Rs 1,805 crore from 6 financial institutions for the construction of 74 projects. The audit reports revealed that out of Rs 14,270 crore of homebuyers’ money, about Rs 5,063 crore, and around Rs. 763 crores of funds received from financial institutions, were not utilized by the company and high-value investments in off-shore tax haven countries were made between 2007- 2010. The promoters were also engaged in other unscrupulous activities pertaining to money laundering and financial fraud. Subsequently, the two managing directors, Sanjay Chandra and Ajay Chandra were arrested in April 2017 for offenses pertaining to cheating, fraud, and siphoning off client’s money to foreign accounts. Recent Developments- In January 2019, the Supreme Court had denied bail to both the brothers, citing their non-compliance with an SC order dated 30 October 2017, which directed them to deposit a sum of Rs 750 crore with the court’s registry by 31 December 2017. On 20 January 2020, the apex Court, granting relief to around 12,000 home buyers of Unitech Ltd., authorized the Centre to take over the management of the real estate firm, and thereafter, appoint a new Board of nominee directors. The bench gave two months to the new Board to submit a report on a resolution framework. The preparation of the said framework will be monitored by a former judge of SC, it added. Complying with the top Court’s order, the central government appointed retired IAS officer Yudvir Singh Malik from Haryana cadre as the chairman and managing director (CMD) of the new Board and directed that the existing Board of Directors remain superseded. 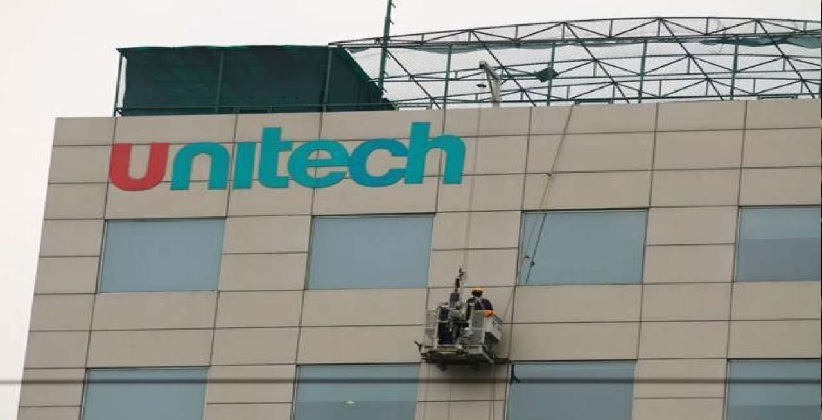 Business Aug 03, 2020 VANDANA KOTHARI ( Editor: Ekta Joshi ) 89 Shares
89 Shares
On 31st July, Friday the Supreme Court directed the amicus curiae to share the resolution plan made by the new board constituted for Unitech ltd on its portal and invite suggestions from all the stakeholders within 10 days.This matter is of the criminal case which was started when a complaint was lodged in 2015 and later joined by 173 other home buyers of Unitech projects. Sanjay Chandra, promoter of Unitech ltd was in jail since 2017 for siphoning of Homebuyers money. Recently on July 7th, he...
Read full post 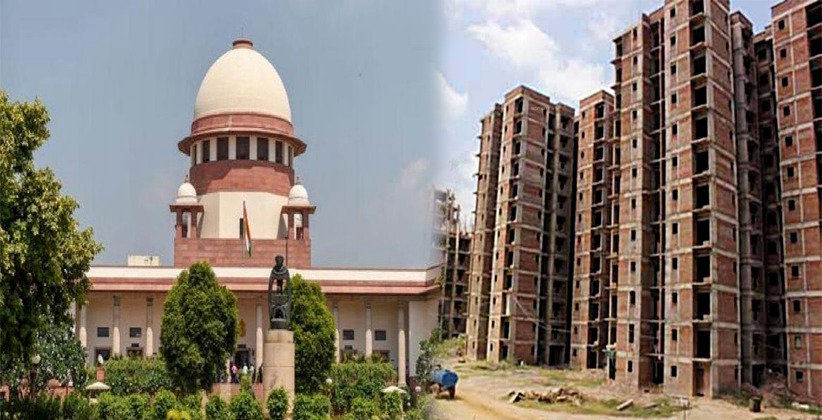 Business Jul 27, 2020 Shreedhara Purohit ( Editor: Ekta Joshi ) 39 Shares
39 Shares
The center-appointed Unitech Board of Directors assured the Supreme Court on July 22 that it will complete all residential and commercial projects for the real estate company within four years in phases and hand over the ownership of more than 15,000 invested buyers who had invested their money almost a decade back.Group Chairman and Managing Director Yudvir Singh Malik, a retired IAS officer, said that when submitting a settlement plan to the summit court to obtain their approval to begin...
Read full post