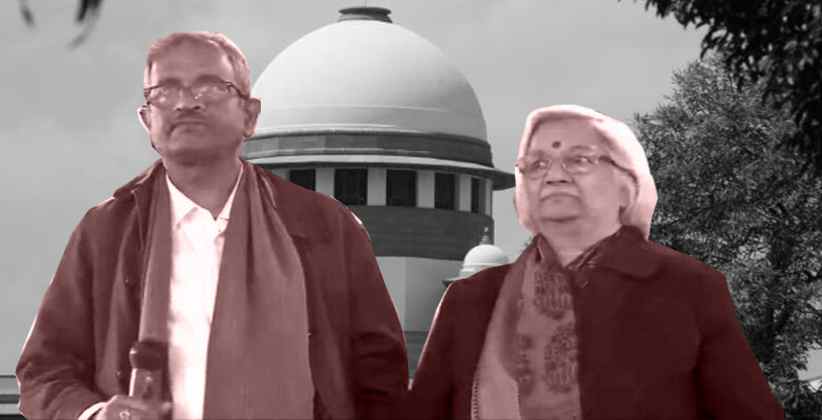 The interlocutors submitted a sealed report of the Shaheen Bagh protests in today’s hearing (24th February, 2020) in the Supreme Court. Advocate Sadhana Ramchandran and Sanjay Hegde submitted their report to the bench of Justices S.K. Paul and K.M. Joseph. The bench said that they will review this report and the next hearing will be conducted on 26th February. The bench also stated clearly that this report will not be made public with the Central Government and Delhi Police Lawyers.

Wajahat Habibullah had filed an affidavit in the court on Sunday saying that the Anti CAA protest is peaceful. He even said that it is the police who are blocking the roads. The two advocate interlocuters inspected all the roads connecting Delhi and Noida on Thursday. Ramchandran told the protestors on Friday “when we checked the roads, we noticed that you were right. Many roads are open, which were blocked by the police. Whoever has done this is now answerable to the Supreme Court”. A protestor also said that they want in writing that if any action of attack is carried out on them the police authority should be shunted from SHO to commissioner. He said, "Home Minister Amit Shah said that they are not bringing NRC (National Register of Citizens) right now so we want this in a written circular. Supreme Court should pass an order regarding our security if the road adjoining the protest site is opened."

Amidst all this on Sunday the Delhi police took cognizance of CAA Protest in areas of north east Delhi - Seelampur, Jaffrabad, Babarpur, Dayalpur, Brijpuri and ChandBagh. The Joint Police Commissioner Alok Kumar said today that 4 cases have been registered in this matter. The people involved in this are being identified. Meanwhile the traffic police said that the main road connecting Seelampur and Maujpur has been blocked from both the sides and people are requested to use alternative routes. Maujpur has witnessed clash between groups of protestors on the CAA matter for the second consecutive day. The groups are pelting stones on each other. Police is using tear gas to disperse the crowd there.

The freedom to assemble peacefully is a fundamental right according to Article 19 (1) (b) of the Constitution of India, 1949. Though such protests require prior permission and a no-objection certificate (NOC) from the police. There are few designated places where conducting protest is allowed in Delhi. Peaceful protest can only be held at designated place like Jantar Mantar or Ramlila ground. If prior permission or NOC is not obtained then following act of blockade by protesters might attract charges of sedition under Section 124A of Indian Penal Code, 1860 on grounds of disturbing ‘public order’. The protesters of Shaheen Bagh did not take prior permission from the Police neither did they assemble at a designated place leading to congestion of traffic in the area thereby causing inconvenience to the general public. Now these protests are being mimicked at places like Jaffrabad in Delhi.