Home Judiciary Officers Authorized to Investigate NDPS Cases are ‘Police Officers’ and Confessional Statements Made to Them are not Admissible: Supreme Court
Judiciary 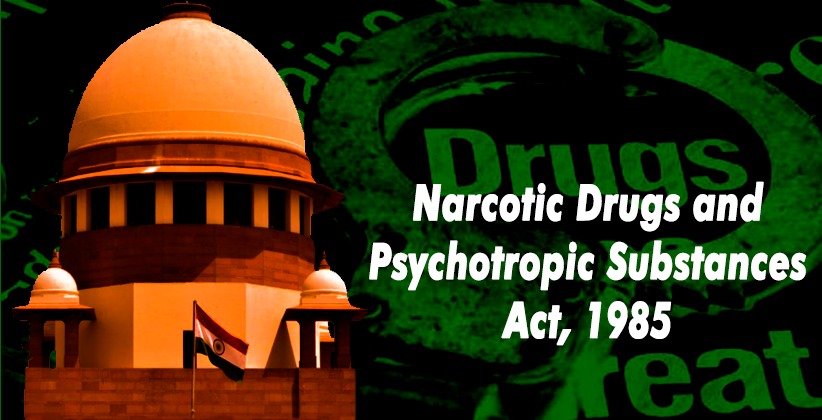 On Thursday (October 29,2020), the Supreme Court held that statements recorded officers of central and state agencies who are appointed under the Narcotic Drugs and Psychotropic Substances Act, 1985 would not be treated as a confession.

This landmark judgment settles the dispute that has been for over 30 years when a bench of 2 had allowed it to be treated as a confession in the year 2013.

This bench had allowed confessions recorded under Section 67 into evidence.

According to Section 67 of the NDPS Act 1985, any officer authorized by the Centre or a state government may during an investigation call for information “from any person for the purpose of satisfying himself whether there has been any contravention of the provisions of this Act or any rule or order made thereunder”.

The officer may also “require any person to produce or deliver any document or thing useful or relevant to the inquiry” or examine any person acquainted with the case.

The question thus arose if these authorized officers are to be treated as police officers or not since if they are 'police officers', statements recorded by them cannot be admissible as evidence.

The judgments are given in the year 1991 and 2008 held that the powers under Section 53 Narcotic Drugs and Psychotropic Substances Act, 1985 are insufficient to make the officer a 'police officer' and hence statements given to them can’t be treated as a confession.

The Supreme Court in the latest judgment stated that such officers are police officers and so any confessional statement that they record under Section 67 of the Narcotic Drugs and Psychotropic Substances Act would not be admissible in a court.

Justices Rohinton F Nariman and Navin Sinha said such statements cannot be treated as confession while Justice Indira Banerjee dissented with this view.

The majority judgment of 2:1 ruled that such statements would be hit by Section 25 of the Indian Evidence Act, which says that “no confession made to a police officer shall be proved as against a person accused of any offense”.

Thus, considering the view of the majority the above judgment was considered.