Home Judiciary Is the Solicitor General Wrong to Call for PILs to be Scrapped?
Judiciary 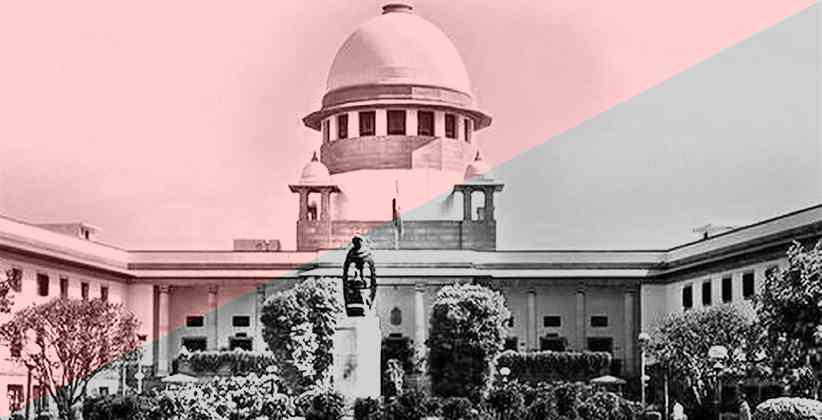 Solicitor General Tushar Mehta, who is one of the Indian government’s senior-most legal officers, said in the Apex court on 3rd April 2020, “‘professional PIL shops’ must be locked down. This has created some concern in the country whether PILs (public interest litigations) is indeed detrimental to the entire country’.”

The solicitor general did not refrain from commenting on the “professional PIL shops” and also went on to comment on the petitioners and reportedly said, “none of the petitioners have even bothered to serve the poor and needy or the persons suffering from the virus and, therefore, can never be treated as ‘public-spirited citizens’.” He also showed his concerns regarding the wastage of the time of Government Offices in “preparing replies to frivolous PILs”.

A similar scenario was highlighted before the Apex Court on 15th April 2020, when the Solicitor General said, “These are self-employment generating petitions. This court should not entertain such petitions. I have serious reservations regarding the kind of petitions that are landing before the court during these times.”

It is valuable to narrate briefly how the concept of PILs came to Indian jurisprudence. The practice started when a lawyer by the name Pushpa Kapila Hingorani filed a habeas corpus petition on behalf of undertrial prisoners in Bihar before the Supreme Court in 1979. The case was heard by a bench headed by Justice P.N. Bhagwati and later came to be known as the Hussainara Khatoon case, 1979. The hearing on the matter resulted in the release of all the undertrials in Bihar and subsequently that of about 40,000 undertrials all over the country. This also led to Kapila Hingorani being referred to as the ‘Mother of Public Interest Litigation’ in India.

However, much later in S.P. Gupta vs President of India And Ors. Case, a judgment by Justice P.N. Bhagwati pronounced on 30th December 1981, highlighted the concept of PILs in detail for the first time. The discussion on PILs in the said case covered 11 pages and 12 paragraphs of the 488-pages judgment, and concluded with:

“We would, therefore, hold that any member of the public having sufficient interest can maintain an action for judicial redress for public injury arising from breach of a public duty or from violation of some provision of the Constitution or the law and seek enforcement of such public duty and observance of such constitutional or legal provision. This is absolutely essential for maintaining the rule of law, furthering the cause of justice and accelerating the pace of realization of the constitutional objective”

The judgment did not overlook frivolous PILs, and quoted a professor of law as saying, “The idle and whimsical plaintiff, a dilettante who litigates for a lark, is a specter which haunts the legal literature, not the courtroom”.

Coming to the misuse of the PILs, we’ll have to consider the goodwill which was generated by the Judiciary starting with judgments pronounced by Justice P.N. Bhagwati and Justice V.R. Krishna Iyer, between 1979-81.

In instances when the basic stance on which the PILs resided was continued to be misused, the SC intervened and framed guidelines to be followed for entertaining applications received in the courts in the form of PILs in December 1988 and as expanded upon later in the months of August 1993 and August 2003

The Tehseen Poonawalla judgment, pronounced by Justice D.Y. Chandrachud, included a separate section on PIL consisting of four paragraphs. It is significant that the 2018 judgment quotes two paragraphs from the Balwant Singh Chaufal (2010) judgment which state:

“Unfortunately, of late, it has been noticed that such an important jurisdiction which has been carefully carved out, created and nurtured with great care and caution by the courts, is being blatantly abused by filing some petitions with oblique motives. We think the time has come when genuine and bona fide public interest litigation must be encouraged whereas frivolous public interest litigation should be discouraged.”

“In our considered opinion, we have to protect and preserve this important jurisdiction in the larger interest of the people of this country but we must take effective steps to prevent and cure its abuse on the basis of monetary and non- monetary directions by the courts.”

There is a significant amount of time that was elapsed between the statements made the Solicitor General and in the judgment. While the above paragraph acknowledges that “genuine and bona fide public interest litigation must be encouraged”, the solicitor general’s reference to “professional PIL shop” which are “detrimental in the entire country” sounds like a rejection of the concept of public interest litigation.

Some of his remarks are scornful of the concept, particularly when he refers to them as “self-employment generating petitions” and makes an unqualified recommendation stating - “This court should not entertain such petitions.” Even the expression “PIL Shops” is derogatory and reeks of contempt.

The stance of the solicitor general appears to be consistent with what his senior, the attorney general, told the Supreme Court in April 2019, during the hearing of another PIL related to electoral bonds. When asked that with the opacity of electoral bonds, voters will not know where political parties get their money from, the attorney general said, “Voters have a right to know what? Voters don’t need to know where the money of political parties comes from”.

The stance of such officers against the system is nothing but appalling. It is in direct contrast to the logic underlying the concept of public interest litigation outlined in the S.P. Gupta case in 1981:

“This question is of immense importance in a country like India where access to justice being restricted by social and economic constraints, it is necessary to democratize judicial remedies, remove technical barriers against easy accessibility to Justice and promote public interest litigation so that the large masses of people belonging to the deprived and exploited sections of humanity may be able to realize and enjoy the socio-economic rights granted to them and these rights may become meaningful for them instead of remaining mere empty hopes.”

There could be another, more ominous, perspective on this and that has to do with the possible impact of crises on democracy. As Steven Livitsky and Daniel Ziblatt in their book, How Democracies Die (2018) say:

“For demagogues hemmed in by constitutional constraints, a crisis represents an opportunity to begin to dismantle the inconvenient and sometimes threatening checks and balances that come with democratic politics.”

One holds onto the hope that the top legal officers of the government realize that even if they are persistent in trying, the higher judiciary will be wise enough to prevent them from doing so.