It Is Not Mandatory U/S 235(2) CrPC To Adjourn Matter For Pre-Sentence Hearing: SC [Read Judgment] 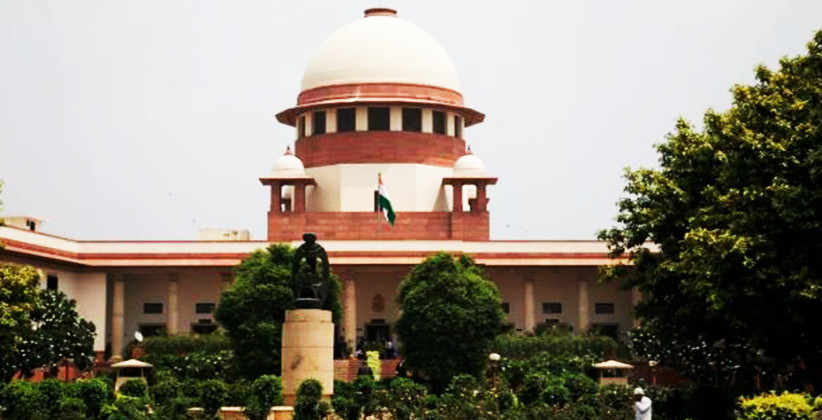 Judiciary Apr 17, 2019 Editor : Shreya Bansal 1 Shares
1 Share
The Supreme Court on April 12, 2019, in the case of Accused X v. State of Maharashtra, has observed that it is not mandatory under Section 235(2) of the Code of Criminal Procedure, 1973, to adjourn the matter for pre-sentence hearing and the hearing can take place on the same day after passing the judgment of conviction, it the parties are ready to submit their arguments.

A Bench comprising of Justice N.V. Ramana, Justice Mohan M. Shantanagoudar and Justice Indira Banerjee was hearing a review petition wherein one of the contentions raised was that the Trial Court had not given the Petitioner a separate hearing while awarding the sentence, in direct contravention of Section 235(2) of CrPC. Section 235(2) of CrPC implies that once the judgment of conviction is pronounced, the court will hear the accused on the question of sentence and at that stage, it is open to the accused to produce such material on record as is available to show the mitigating circumstances in his favor.

Judiciary Jan 15, 2021 ADITI AGGARWAL ( Editor: Ekta Joshi ) 3 Shares
3 Shares
In a recent verdict, the apex court has held that that the flat buyers are entitled to compensation for “delayed handing over of possession” and for the failure of the developer to fulfill their promises with regard to amenities. The bench said the flat owners are entitled to the compensation in excess of the amount stipulated in their agreements with the developers.A bench of Justice Uday Umesh Lalit & Justice Indu Malhotra made it clear in its judgment that:“The unilateral...
Read full post

Legal Insiders Jan 15, 2021 Lawstreet News Network ( ) 169 Shares
169 Shares
In a letter written by Senior Advocate and Former President of Supreme Court Bar Association (SCBA) Vikas Singh, addressed to Hon’ble Chief Justice of India S.A. Bobde regarding resumption of normal functioning of Supreme Court, Senior Advocate Vikas Singh has raised grave concern about the non-resumption of normal functioning of the Supreme Court.He further stated that Bar and Bench are the two main pillars on which the system of justice stands, however, recent turn of events have created a...
Read full post