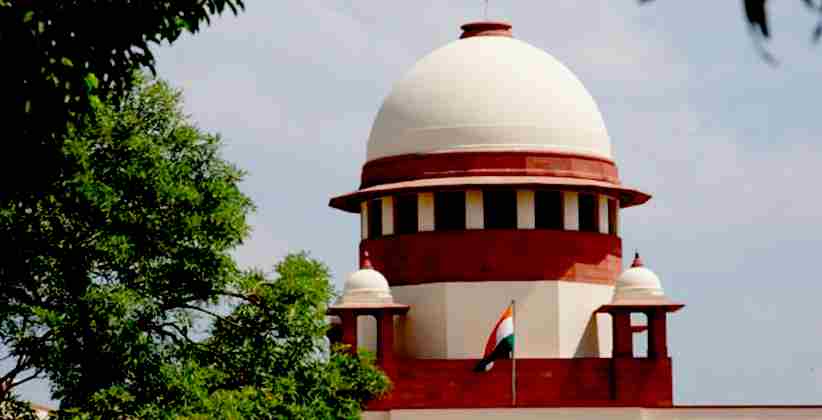 A Supreme Court bench comprising Justices R F Nariman and Ravindra Bhat on Monday (January 20, 2020) gave a notice to the Centre on a writ petition which challenged the constitutional validity of the National Investigation Agency (Amendment) Act, 2019.

The Amendment Act expanding the power of the National Investigating Agency was passed by the Parliament during the 2019 monsoon session.

Senior Advocate Santhosh Paul, assisted by Advocate Jaimon Andrews, submitted that the Amendment affected the standards of co-ooperative federalism, and violated Article 14of the Constitution of India, 1949 because of arbitrariness and characteristic vagueness in the provisions.

The petition filed by Umar. M, Secretary of Kozhikode-based organization ‘Solidarity Youth Movement’, argued that the introduction of additional offences in the schedule of NIA Act, such as human trafficking, counterfeiting of currency notes etc., are “wholly unrelated to the fundamental object of the Act, i.e to counter terrorism”.

“In doing so, NIA 2019 has further encroached upon the federal characteristic of the country, by usurping the power of the States to enact laws pertaining to public order and police as provided for under Entries 1 and 2 of List II of the Constitution of India. It is also pertinent to note that while this is wholly in contravention of the principles of co-operative federalism enshrined in the Constitution of India, it has also been amended without any practical justifications of the inability or incompetence of the investigation agencies at the state level. In essence, the passage of this amendment has paved the way for concentration of police powers to a centralized agency which would carry out its functions at the behest of the Central Government”, stated the petition.

It is also argued that the amendment undermines the principle of “prosecutorial supremacy in registration and investigation of offences”. Section 6 (8) added in the Act by the amendment confers power on the Central Government to direct the Agency to  register and investigate an offence, where in its opinion a scheduled offence has taken place outside India to which the Act applies.

“Resultantly, the Agency would work as an organ at the behest and whims and fancies of the Central Government, which is empowered to selectively direct the Agency registration and investigation of cases, providing ample scope for misuse and arbitrary exercise of powers”.