Home Judiciary Jamia Violence: NHRC Report Does Not Give Clean Chit to Anyone, Says HC
Judiciary 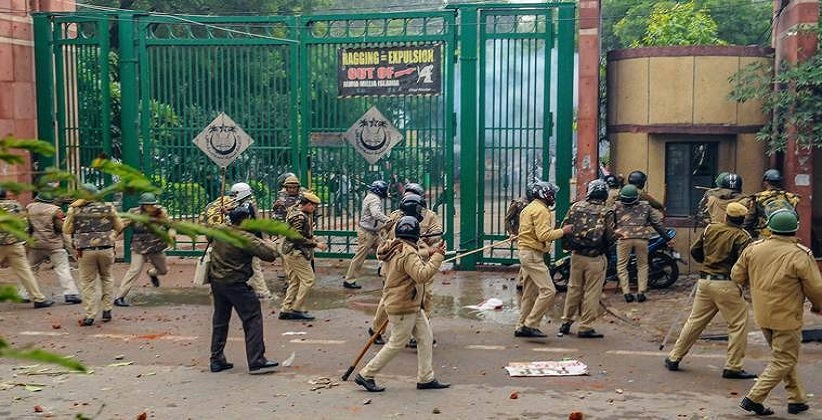 In December 2019, when the students of Jamia Milia Islamia University protested against the Citizenship Amendment Act (CAA), High Court observed on Friday quoting that the submission of National Human Rights Commission (NHRC) report was not done in a professional manner and the report doesn’t give any clean chit and crystal idea to anyone.

The Court was hearing many pleas, seeking different reliefs including Court-monitored special investigation team (STI) probe into the violence on the campus. On December 15, violence has broken out on the varsity campus. Police were allegedly accused of entering the campus and assaulting the students who later on said that they didn’t initiate any violence and involved themselves in a peaceful march. Around ten vehicles were torched allegedly by the protesters.

The bench of Chief Justice DN Patel and Justice Prateek Jain made observations when the additional solicitor general (ASG) Aman Lekhi said that the NHRC report itself says that the protests were not peaceful.

“The protest was a mask for something far more grave and serious. There needs to be an intelligence inquiry”. ASG said it while adding that calling the entry of police into the campus was illegal and mala fide just because the students inside the campus belonged to a minority community is totally unacceptable. For this, Justice Jalan said that the NHRC report also stated that the entire police action was not handled very professionally, and it doesn’t give a clean chit to anyone. While opposing the pleas seeking compensation of the damages and registrations of FIR’s against the police officers, Lekhi said that “however, it does not say that police action as a whole was unnecessary” ASG replied.

After reading the NHRC report, ASG Lekhi said the reports mentioned that protesters sabotaged public property, hurled stones at the police, and also blocked traffic movement. He also that the reports itself say that the protest was not peaceful either and the involvement of outsiders in the campus worsened the situation, so police action was necessary.

ASG Lekhi said the report also mentioned that there were a law and order problem and that the students were influenced by politicians and local leaders. He also blamed the university for not informing the police about prior incidents. The Court adjourned the matter for further hearing to August 28.