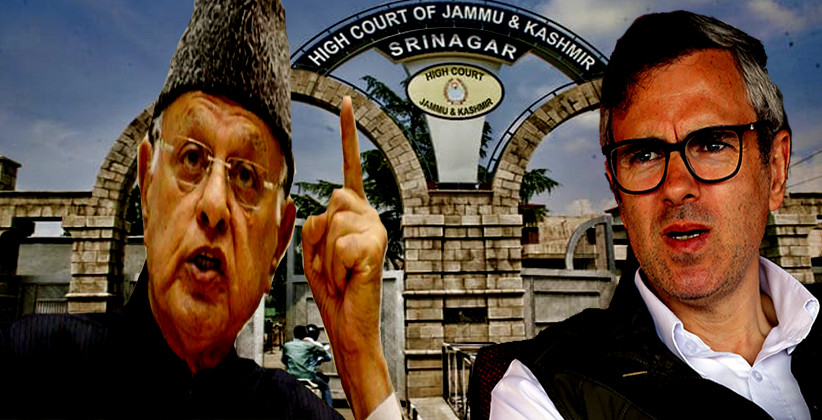 The Jammu and Kashmir High Court on September 11, 2019, in the case of Hasnain Masoodi and another v. State of J&K and others has allowed two Members of the Parliament (Lok Sabha), belonging to National Conference Party, to meet Dr Farooq Abdullah and Mr Omar Abdullah, President and Vice President of their party, respectively.

“That the petitioners shall ensure that their meeting with their party President and Vice President is restricted to a courtesy call and to know about the wellbeing of the aforesaid two persons;

That the petitioners, after meeting their party President and Vice President, shall not go to press/media regarding their meeting and deliberations with the aforesaid persons.”

Petitioners alleged that their party's two top functionaries have been under house arrest since 5th August 2019 and have not been permitted to meet any party worker or even the relatives. They claimed that they, besides being members of the political party of J&K National Conference, are also close friends of above-named functionaries of the party and, therefore, are interested in their wellbeing.

After hearing both the sides, the court disposed of the petition by stating that the "Deputy Commissioner, Srinagar, shall convey day, timing and duration of such meeting to the petitioners individually. It would be appropriate if the petitioners are permitted to meet the aforesaid persons separately on different occasions, either on the same day or on different days.”