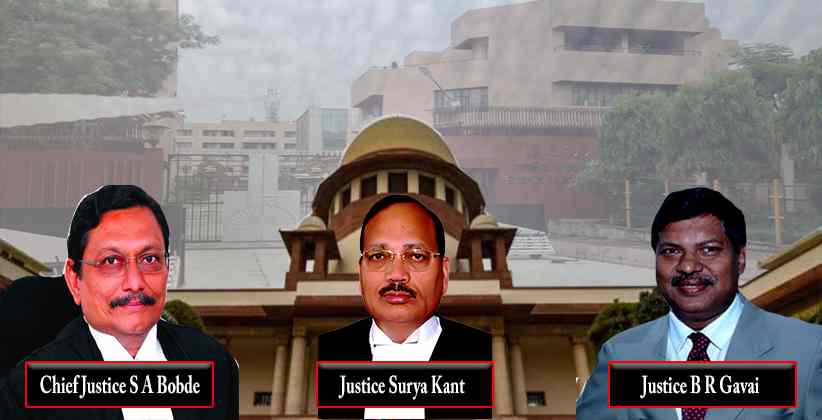 The Supreme Court yesterday (January 7, 2020) called for Solicitor General Tushar Mehta to review a Public Interest Litigation (PIL) alleging that the Jammu branch of Reserve Bank of India (RBI) in the disturbed state of Jammu and Kashmir accepted the exchange of currency notes worth Rs. 30 crore which were apparently stamped with anti-India slogans by Kashmiri Graffiti, a separatist group and pronounced that “the issue may be of national importance.”

A full judge bench lead by Chief Justice S A Bobde including Justices B R Gavai and Surya Kant heard the PIL filed by a Satish Bhardwaj who purported that in 2013 currency notes worth Rs. 30 crore were exchanged at the Jammu branch of RBI which were in the ownership of a radical group- Kashmir Graffitti. Now that the matter is up for examination, the bench appealed to Attorney General K K Venugopal, Solicitor General Tushar Mehta or any other Additional Solicitor General to scrutinize the situation. Bhardwaj had also sought help from the CBI for investigation of the matter but action or inquiry has been taken up so far.

Satish Bhardwaj, the petitioner also appeared in person in his plea and iterated that, “It is most humbly submitted that the act of Jammu branch of Reserve Bank of India to exchange the defaced/ imperfect Indian currency notes worth Rs. 30 crores that too which was done by a separatist group of Kashmir with a main aim of destabilising peace and harmony in the region of Jammu and Kashmir and to create an environment of tension and terror in the minds of common residents of the region is illegal and worth of interference of this court.”

The plea is confirming the fact that a separatist group in Kashmir in its statement on a social networking site Facebook has claimed to have stamped separatist slogans on Indian currency worth Rs. 30 crore between May and August, 2013.

He said in his plea that exchange of currency notes can only be done as per law and no deliberately stamped currency can be exchanged as per the rules and regulations of RBI.