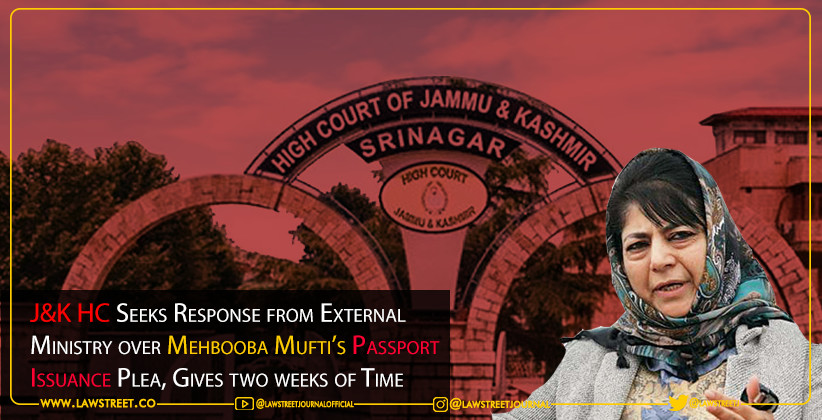 A plea was filed by Mehbooba Mufti, the former Chief Minister of J&K and President of Peoples Democratic Party (PDP) over a delay on the issue of her passport for allegedly wanting police verification. The J&K High Court on Monday (March 8, 2021), explicitly pursued the government’s response on the same matter.

The matter was heard by Justice Ali Mohammad Magrey. Mufti was represented by Senior Counsel Jahangir Iqbal Ganai who submitted before the Bench that his client had applied for a fresh passport in December 2020 after the expiration of her former passport on May 31, 2019.

She also stated before the court that she had made an effort by approaching the Respondent No. 5/Sr. Superintendent of Police on February 13, 2021 and requested him to forward the said police report to the passport office. However, there had been no change in the status of the issuance of her passport till date.

She further said that she has a right under Article 21 of the Constitution to hold a passport.

Therefore, Mufti wanted to seek directions from the High Court on the same matter, in order to direct the Respondents to issue her passport speedily.

Order of the Court

The Additional Solicitor General of India, TM Shamsi on being asked upon the court submitted, the Respondent No. 4 (Passport Officer, Srinagar) has already sought information from the Additional Director General of Police (CID), J&K.