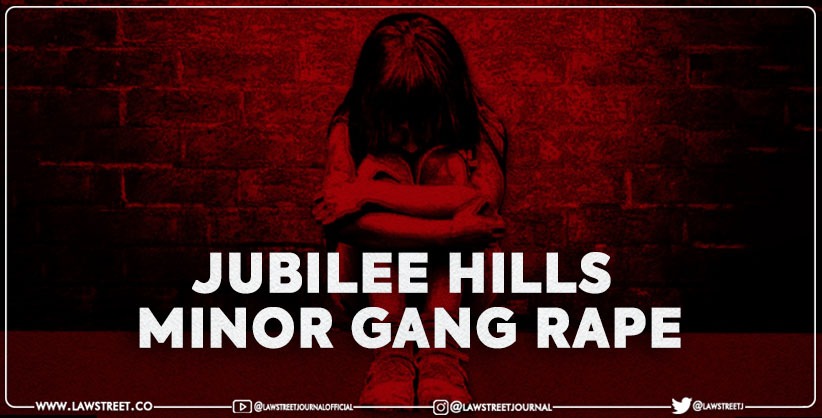 NEW DELHI: In a big development, the Juvenile Justice Board in Hyderabad has ordered for trial of four out of five minor accused in the Jubilee Hills minor girl gang-rape case as adults, saying they had physical and mental capacity and also understood the consequences of the offence.

The Board also noted that they were not under the influence of alcohol or other substance and further there were no compelling circumstances in which they allegedly committed the offence.

The minor boys hailed from affluent families with strong connections to AIMIM and the ruling TRS in Telangana. One of them is son of an MLA from AIMIM and another son of Telangana Waqf Board functionary.

As many as six persons were accused of trapping an unsuspecting minor girl into a luxury car and sexually assaulted her. The girl had gone to an afternoon party at an upmarket pub in Jubilee Hills in May this year.

One of them was an adult of over 18 years age and other five were  between 16 and 18 years of age.

Since the alleged offences against child in conflict with law were heinous in nature and they were aged about 16 years to 18 years at the time of offences, the Board conducted preliminary assessment in compliance of Section 15 of the Juvenile Justice (Care & Protection of Children) Act, 2015 r/w Rule 10-A of the Juvenile Justice (Care and Protection of Children) Model Rules, 2016.

However, no preliminary assessment was conducted in case of another child in conflict with law as the offences alleged against him were not heinous.

The Psychiatrist and the Board Member submitted their individual reports.

The Board member, in her reports of September 29 agreed with the opinion of the psychiatrist that the accused boys have mental and physical capacity but differed on the aspect of their capacity to understand the legal consequences of their actions.

She opined that "the boys may have been lured by the welcoming approach of the victim and that they do not have legal education and hence unable to understand the legal consequences".

"After my interaction with the accused boys, I am of the opinion that they have mental and physical capacity and also understand the consequences of the offence. They were not under the influence of alcohol or other substance. There were no compelling circumstances in which they allegedly committed the offence. Hence, I am of the opinion that they should be tried as adults having regard to the gravity of the offence alleged against them," she said.