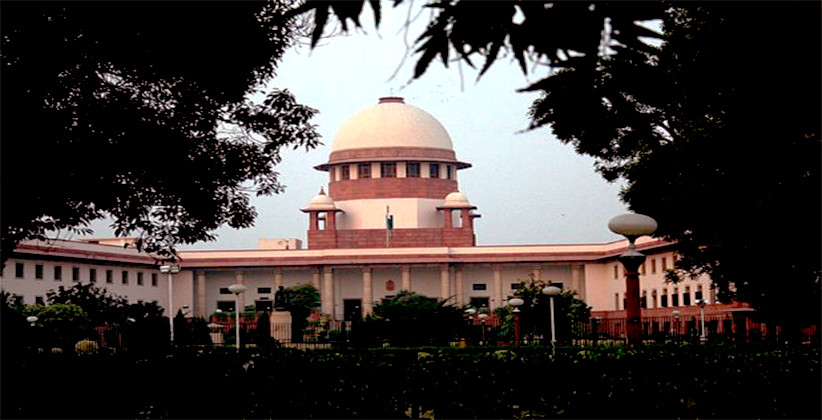 The Supreme Court on January 22, 2019, in the case of V. Surendra Mohan v. State of Tamil Nadu & Ors has held that stipulating a limit of 50% disability in hearing impairment or visual impairment as a condition to be eligible for the post of a judicial officer is a legitimate restriction and that it does not contravene any provisions of the Persons with Disabilities (Equal Opportunities, Protection of Rights and Full Participation) Act, 1995, or any other statutory provision.

A Division Bench comprising of Justices Ashok Bhushan and K.M. Joseph also observed that a judicial officer in a State has to possess reasonable limit of the faculties of hearing, sight and speech in order to hear cases and write judgments.

The Bench was hearing an appeal against an order passed by the Madras High Court wherein it had dismissed the writ petition of the appellant who had appeared in selection for the post of Civil Judge (Junior Division) under partially blind category.

Following a requisition received from the State of Tamil Nadu for filling up 162 posts of Civil Judge (Junior Division), the Tamil Nadu Public Service Commission (TNPC) on August 4, 2014, wrote a letter to both the State Government as well as the High Court proposing to notify the percentage of disability as 40%-50% for partially blind and partially deaf for selection of candidates for the post.

The said proposal was accepted by the High Court as well as the State Government. Thereafter, TNPC issued a notification on August 26, 2014, inviting applications for direct recruitment.

On founding that the name of the appellant was not included in the list of provisionally admitted candidates to the oral test, the appellant moved to the Madras High Court.

Dismissing the writ petition, the Madras High Court held that as per the decision of the State Government and the notification issued by the TNPC partially blind with 40%-50% disability were only eligible and the appellant having 70% disability was not eligible to participate in the selection.

The appellant, therefore, aggrieved by the said judgment filed an appeal before the Supreme Court.

Learned counsel for the appellant submitted before the court that the post of Civil Judge (Junior Division) having been identified under Section 32 of the Disability Act, 1995 no restriction of disability to the extent of 40%-50% can be put.

He submitted that exemption having been issued under proviso to Section 33 to the complete blindness, the appellant who is not completely blind but has 70% disability cannot be said to be ineligible for appointment to the post of Civil Judge (Junior Division).

Further, he also submitted that Disability Act, 1995 does not provide for any such restriction that the eligibility is of only those who suffer from disability of 40%-50%. Moreover, neither the High Court nor the State Government constituted any expert committee to look into the above aspect of the matter. The figure of 40%-50% which has been put as eligibility for the post of Civil Judge (Junior Division) is an arbitrary figure without there being any basis.

Further, it was also submitted that looking to the nature of the duties of the Civil Judge (Junior Division) the appellant cannot be said to be a person who can perform the duties of the Civil Judge who is required to hear the cases, record the statement of witnesses, read the documents and then decide. Thus there was no error committed by the High Court in dismissing the writ petition.

Observations made by the court

Clause 4(F) mentioned in the notification refers to a Government order of 2005 which identified the post of Civil Judge (Junior Division) as Item No.102 and listed ‘partially blind/ partially deaf/ortho’ as categories of disabled persons suitable for the job.

The Court observed that “The word “partial blind” may be a general concept but where a percentage has been fixed looking to nature of job, it cannot be said that all partially blind are eligible. There is a valid classification with a nexus to object sought to be achieved, when eligibility is fixed 40% to 50% of disability…Partially blind and partially deaf disability of 40%-50% has been pegged to achieve the object of appointing such partially blind and partially deaf physically disabled persons who are able to perform the duties of Civil Judge (Junior Division). "

Further, the court noted that physical requirements which were identified by the Government by 2005 order for the post of Civil Judge (Junior Division) has been incorporated into the statutory Rules such asThe Tamil Nadu State Judicial Service (Cadre and Recruitment) Rules, 2007.

Moreover, referring to Entry 41, List II of the Seventh Schedule of the Constitution, which refers to Public Service, the court stated that the State has executive power under Article 154 of the Constitution of India to take any executive decision with regard to recruitment to the post of Civil Judge (Junior Division).

Thus in view of the observations made, the court said that “A judicial officer in a State has to possess reasonable limit of the faculties of hearing, sight and speech in order to hear cases and write judgments and, therefore, stipulating a limit of 50% disability in hearing impairment or visual impairment as a condition to be eligible for the post is a legitimate restriction i.e. fair, logical and reasonable.”

In keeping with the said view, the court dismissed the appeal upholding the order passed by the Madras High Court.