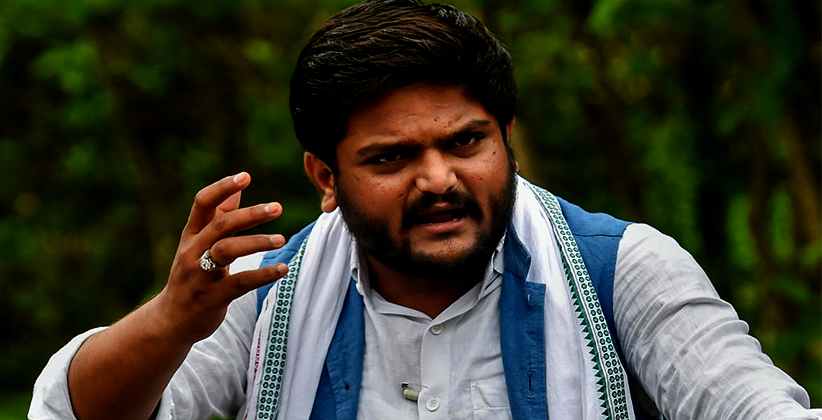 Patidar Quota Andolan leader and now a Congress leader as well, from the state of Gujarat, Hardik Patel has been sent to judicial custody on January 18, 2020 till January 24, 2020. He had failed to appear before the trail court in Ahmedabad District and Sessions Court in the ongoing sedition case against him. Thereafter, a non-bailable warrant was issued against him and he was arrested from Hansol area near Viramgam in Ahmedabad city and sent to judicial custody. DCP (cyber-crime) Rajdeepsinh Zala has confimed his arrest.

Addressing the media, the DCP said, "We have arrested Haridk Patel from near Viramgam after the court issued a non-bailable warrant against him. We will produce him before the court tomorrow."

The case relates to his provocative remarks against police in 2015 where he had allegedly asked his supporters to kill the policemen rather than committing a suicide for the cause of reservation. He was booked by the Crime Branch.

During the proceedings, the prosecutor had argued that Mr. Hardik Patel was breaching the bail condition that mandated his presence in the court for a speedy trial. Hardik’s lawyer defended him by arguing that he has sought exemption from personal appearance due to some personal reasons.

In his defence Hardik Patel had said that there is no evidence against him in the charg-sheet filed by the Crime Branch which can give any proof of criminal conspiracy or of charges of inciting people to dislodge the lawful government; during the violent agitation that had ensued following the ruckus with policemen on August 25, 2015. A large gathering of people from the Patidar community had assembled to press for the demand of reservation.

This year, ahead of 2019 general election he had joined the Indian National Congress and promised to work for the betterment of Gujarat’s youth, farmers and women.