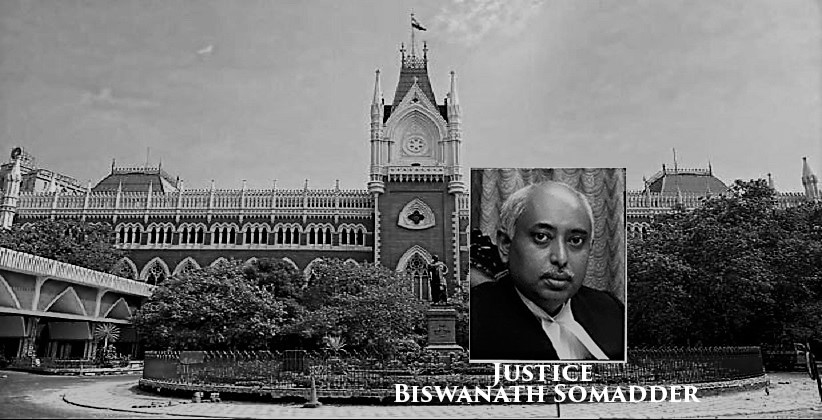 The Government of India by a notification dated December 27, 2018, has appointed JusticeBiswanath Somadder as the Acting Chief Justice of the Calcutta High Court.

As per the notification, Justice Somadder will take over to perform the duties of the Chief Justice from January 1, 2019.

The appointment has been made consequent upon the retirement of present Chief JusticeDebasish Kar Gupta.

Justice Somadder obtained his law degree from the University of Calcutta and was enrolled as an Advocate in July 1989. He was elevated to the High Court Bench as a permanent judge in June 2006. His areas of practice included arbitration, company law, revenue law, civil and criminal matters.

The notification states that “In exercise of the powers conferred by Article 223 of the Constitution of India, the President is pleased to appoint Shri Justice Biswanath Somadder, senior-most Judge of the Calcutta High Court to perform the duties of the office of the Chief Justice of that High Court with effect from 1st January, 2019 consequent upon the retirement of Shri Justice Debasish Kar Gupta, Chief Justice, Calcutta High Court.”