Home Judiciary "That was my last judicial act as a judge of this court," Justice Dr S. Muralidhar Said On His Last Day in Delhi HC
Judiciary

"That was my last judicial act as a judge of this court," Justice Dr S. Muralidhar Said On His Last Day in Delhi HC 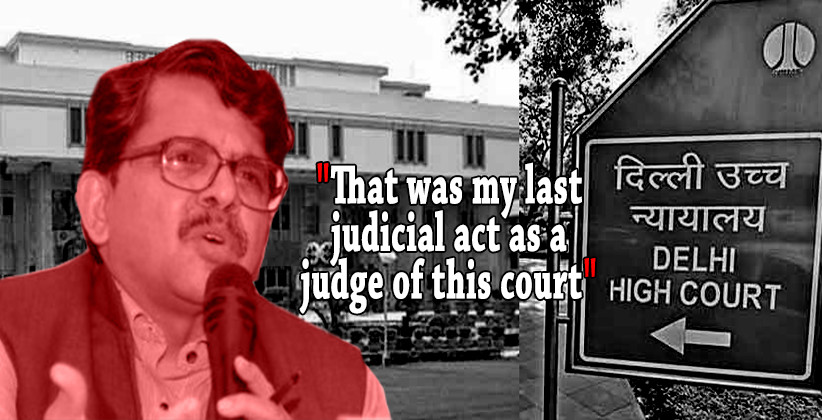 Justice Dr S. Muralidhar is the third senior most judge in the Delhi High Court after Chief Justice D.N. Patel and Justice G.S. Sistani. He had pulled up the Delhi Police for its failure to register First Information Report (FIR) against alleged hate speeches by three BJP leaders, which includes Kapil Mishra.

He enrolled as an advocate in Chennai in September 1984 and in 1987 shifted to the Supreme Court of India and the Delhi High Court. He was active as a lawyer for the Supreme Court Legal Services Committee. His notable works include the pro bono cases for the victims of the Bhopal Gas Disaster and those displaced by the dams on the Narmada.

Later he was counsel for the National Human Rights Commission and the Election Commission of India and a part-time member of the Law Commission from December 2002. Delhi University awarded him Ph D in 2003. He was appointed amicus curiae by the Supreme Court in several Public Interest Litigation (PIL) cases and in cases involving convicts on the death row.

He is the author of 'Law, Poverty and Legal Aid: Access to Criminal Justice' a book published by LexisNexis Butterworths in August 2004.

He was appointed as Judge of Punjab and Haryana High Court on February 26, 2020 as per the recommendations, dated on February 12, 2020, of the Supreme Court collegium headed by the Chief Justice of India.

Delivering a scheduled judgement this morning, the judge said: "That was my last judicial act as a judge of this court."

During the hearing today, several young lawyers praised him after he announced his "final judicial act" as judge of the Delhi High Court. "You are an inspiration," said the young lawyers.

He is reportedly slated to retire in 2023.

Puneet Sharma Appointed As The CFO Of Axis Bank