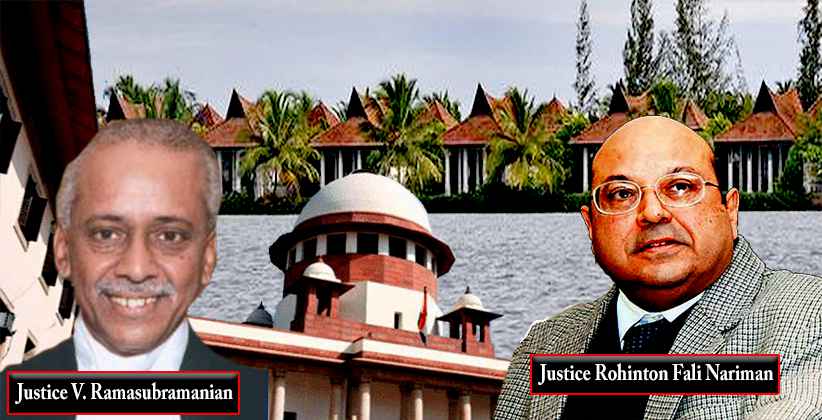 The Supreme Court today (January 10, 2020) has ordered the demolition of Kapico Kerala Resorts on the banks of Vembanad lake, at Alappuzha in Kerala. The apex court issued the order rejecting the counter petition by resort owners against the Kerala High Court order which sought to demolish the building. The order comes at a time when the Maradu flats are scheduled to be demolished on Saturday and Sunday. Earlier, the Kerala High Court had ordered to demolish the Kapico Resorts at Panavally in Nediyathuruthu, which was constructed violating Coastal Regulation Zone (CRZ) rules. The order was issued by Justice V. Ramasubramanian after he and Justice Rohinton Fali Nariman heard detailed arguments over the matter. The Maradu flats had also violated CRZ rules.

What are CRZ Rules?

CRZ Rules govern human and industrial activity close to the coastline, in order to protect the fragile ecosystems near the sea. The Rules, mandated under the Environment Protection Act, 1986, were first framed in 1991. They sought to restrict certain kinds of activities, like large constructions, setting up of new industries, storage or disposal of hazardous material, mining, or reclamation and bunding, within a certain distance from the coastline. The basic idea is: because areas immediately next to the sea are extremely delicate, home to many marine and aquatic life forms, both animals and plants, and are also threatened by climate change, they need to be protected against unregulated development.

In all CRZ Rules, the regulation zone has been defined as the area up to 500 m from the high-tide line. Several kinds of restrictions apply, depending on criteria such as the population of the area, the ecological sensitivity, the distance from the shore, and whether the area had been designated as a natural park or wildlife zone.

Despite several amendments, states found the 1991 Rules to be extremely restrictive. They complained that if applied strictly, the Rules would not allow simple things like building decent homes for people living close to the coast, and carrying out basic developmental works. The 1991 Rules also created hurdles for showpiece industrial and infrastructure projects such as the POSCO steel plant in Odisha and the proposed Navi Mumbai airport in the first decade of the new century.