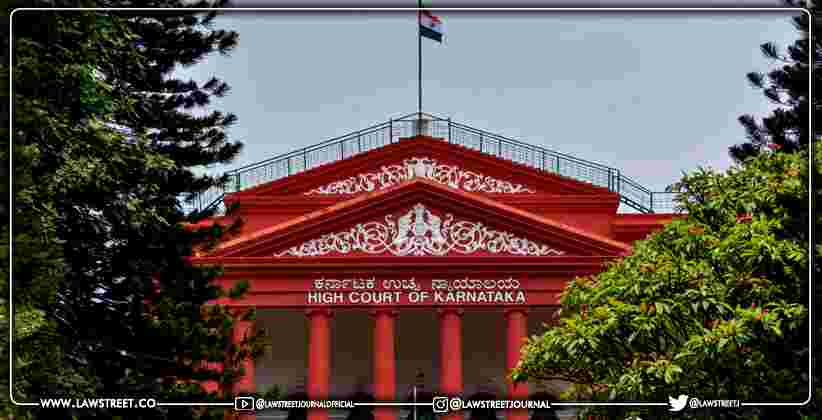 Quoting “Thousands assemble without masks. You want a red carpet for offenders and you don’t want to take action against them. Now you want to compound the offences. This cannot be tolerated,” the Karnataka High Court on Monday, March 22, 2021 once again directed the state government to clarify its stand on whether it would register a First Information Report against the organisers of a held on February 21 for violation of norms regarding social distancing and wearing of masks.

Hearing a public interest litigation by Letzkit Foundation, a division bench of Chief Justice Abhay Shreeniwas Oka and Justice Suraj Govindaraj said that the violations were unpardonable and further said that "Now you must register FIR, there is no escape. There is an offence which is not compounded you. It cannot wait till it is compounded. Otherwise, everything including Supreme Court guidelines in Lalita kumari case is set at naught." The bench further indicated that such acts of 100 to 200 people assembling at a place without wearing mask results into commiting an offence under section 5 (1) of the the Regulations framed under the provisions of the Karnataka Epidemic Diseases Act, 2020. Hence, compounding will have to be in the case of each offender."

Furthermore, The court orally observed that "Lakhs of people assembled without masks and you are not registering FIR. This is something which is unpardonable. Initially we kept granting you time as you said law is being amended. Now the law is amended and there is no compounding and still you are saying we will not register an FIR. Unless there is an offence it cannot be compounded. As a matter of Law you must first register FIR and then do compounding, law permits you to do compounding you do compounding no difficulty about that."

Earlier, the state government had informed the court that in relation to the rally held on February 21, penalty of Rs.10,000 has been imposed on Sri Vijayanand Kashappanavar, a Former MLA, the President of Akhila Bharatha Lingayat Panchamasali Mahasabha, Koodalasanghama, Hanagunda Taluk, Bagalkote District. The bench, taking an exception to it said "The question is, whether in this case, the offence punishable under sub-section (1) of Section 4 of the said Act of 2020 is attracted, which is punishable as per sub-section (3A) of Section 5 of the said Act of 2020.

If it is a case of violation covered by sub-section (1) of Section 5 of the said Act of 2020, criminal law will have to be set in motion. Undoubtedly, Section 10 of the said Act, 2020 permits composition of the offences punishable under the provisions of sub-section (3A) of Section 5 committed before or after the commencement of the said Act of 2020 either before or after institution of prosecution. However, the offences can be compounded only by an officer authorized by the Government on payment of such amount as may be notified by the Government."

It had accordingly directed the state Government to take a definite stand whether in this case, the offence under sub-section (1) of Section 5 of the said Act, 2020 is attracted and if yes, whether the offence has been compounded in the manner provided under sub-section (1) of Section 10 of the said Act of 2020 as amended by the Karnataka Epidemic Diseases (Amendment) Act, 2020. The State Government will clarify this aspect by filing an affidavit. The Court said that offences are compoundable only after the registration of an FIR and investigation.

Therefore, an FIR should be registered as per law against the violators, the court said, granting time to the State Government to comply with its directions. The date fixed for the matter to be next heard on is on Wednesday, March 24, 2021.