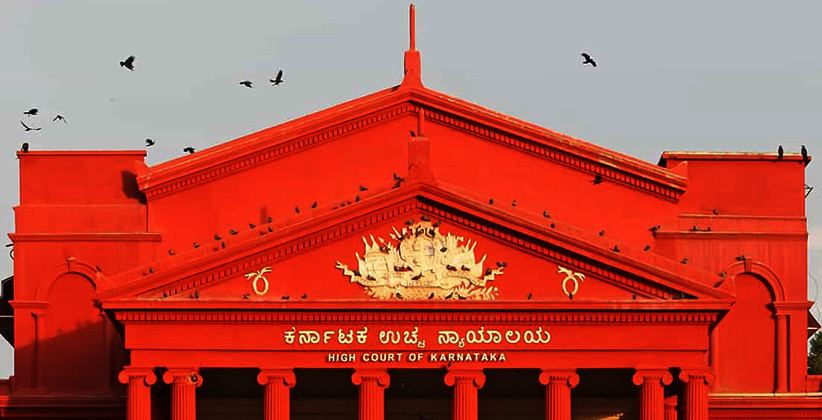 Karnataka High Court on April 26, 2019, in the case of S. L. Rajappa v. State, has confirmed the sentence of life imprisonment passed by the Trial Court holding advocate S. L. Rajappa guilty under Sections 302 and 309 of the Indian Penal Code, 1860, for killing a fellow lady advocate in the court corridor by stabbing her with a knife multiple times on her chest and neck.

A Bench comprising of Justice K. N. Phaneendra and Justice H .B. Prabhakara Sastry was hearing the criminal appeal to set aside the judgment of conviction and order on sentence passed by the Trial Court.

The accused, S.L. Rajappa and deceased Ms. Naveena were practicing as advocates in Bengaluru. The accused had obsessive love towards the deceased and intended to marry her. However, the deceased who initially had agreed to marry the accused later turned down his proposal. Feeling betrayed, accused stabbed her with a knife in the corridor of court hall in High Court of Karnataka in 2010. Deceased got grievous injuries and slumped to the floor in a pool of blood and succumbed to the injuries on the spot. After stabbing deceased accused attempted to commit suicide by consuming poison mixed alcohol and also by stabbing himself with the same knife but was saved by police.

The High Court ascertained the intention of murder and then later to commit suicide himself on part of accused-appellant with a 'death note' recovered from the pocket of the accused and rejected the argument of the learned counsel for the appellant that the act of the accused can at the best be termed as an act committed under provocation.

“The prosecution has placed cogent, consistent, reliable and trust-worthy evidence, such as oral, ocular and documentary evidence which have clearly proved the case of the prosecution beyond all reasonable doubts that the accused has committed the murder of deceased Naveena and also attempted to commit suicide,” the High Court said.

Accordingly, the High Court confirmed the order of conviction passed by the Trial Court and dismissed the appeal.