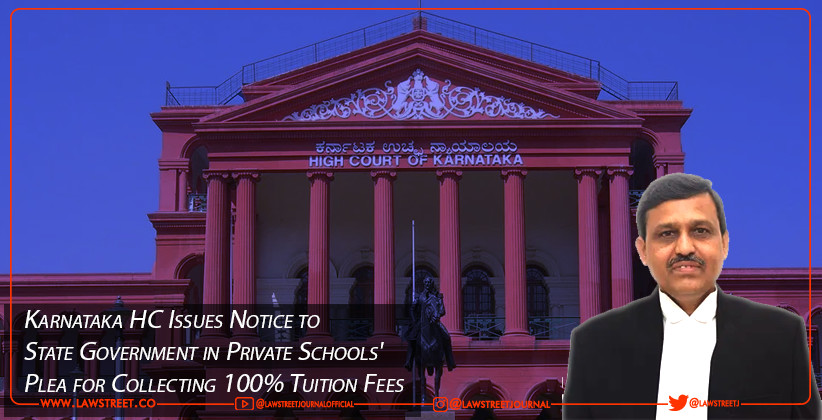 Judiciary Feb 28, 2021 Aditi Aggarwal ( Editor: Ekta Joshi ) 5 Shares
5 Shares
The Karnataka HC recently heard a petition challenging the state government notification dated January 29, 2021 by which all categories of Private Educational Unaided Institutions only for the Academic Year 2020-21 are directed to collect only 70% Tuition Fees from the parents as collected for the academic year 2019-20 and other charges are not be collected. The plea by way of interim relief sought to stay the impugned notification, pending disposal of the petition.

Arguments by the petitioner:

It is also claimed that the Notification dated 29-01-2021 is issued contrary to the directions of the High Court in W.P.9855 of 2020 dated 14-09-2020 and the SC judgment in the case of TMA Pai Foundation and others v. State of Karnataka where the SC observed –

“It is in the interest of general public that more good quality schools are established; autonomy and non-regulation of the school administration in the right of appointment, admission of students and the fee to be charged will ensure more such institutions are established.”