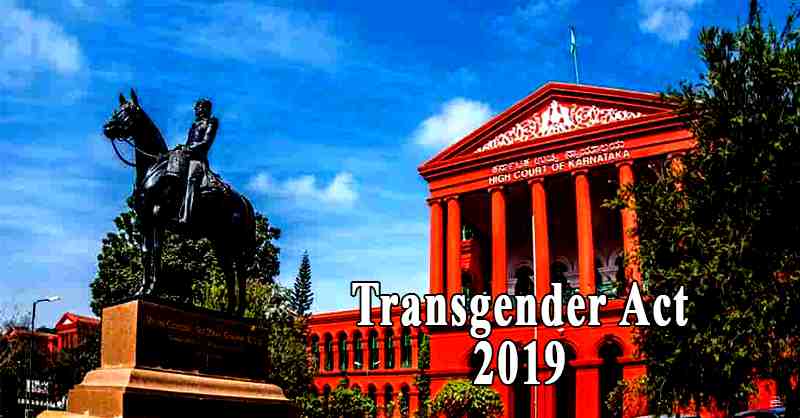 The State Government of Karnataka had been directed by the High Court to take the necessary steps for effective implementation of the provisions provided in the Transgender Persons (Protection of Rights) Act, 2019 and also provide all kind of benefits and reservations to the respective members, according to the provisions therein.

“By way of interim relief, we direct the state government to take immediate steps for implementation of the directions contained in paragraph 135.3 above. While doing so, the state government will have to also take steps to implement and enforce the relevant provisions of the said Act of 2019” provided by a division bench of Chief Justice Abhay Oka and Justice Ashok S Kinagi.

The Supreme Court has been provided the ratio decidendi in the case of National legal service authority vs Union of India and others in this case the Apex Court has provided directions to the states as well as to the central government to formulate the steps to treat them as socially and educationally backward classes of the citizens and extend all kind of reservations in case of admissions in the educational institution and for a public appointment.

The bench is going to monitor the working of the steps taken by the State Government. The bench had directed the state government to file an affidavit Reporting compliance on or before 29 September. It has posted the matter for consideration of the compliance report by the 1st of October.

The direction which has been given in the hearing of the petition filed by Sangama, a society working for the upliftment of sexual minorities, sex workers, and people living with HIV is also pertinent here.

Advocate Tarjani Desai who had appeared for the petitioners had relied on the judgment of the apex court, in her argument it is argued that the state in its appointment notification for filling up vacancies of Special Reserve Constable Force and Bandsmen, specifies only 'Men' and 'Women' as the genders which can apply for the vacancies. Throughout the impugned notification the age, weight, and other specifications are given pertaining separately only to 'Men' and 'Women', in total disregard of the 'Third Gender'.

The plea was that "The Hon'ble Supreme Court had recognized the legal rights of the third gender persons and held that they were fully entitled to Fundamental Rights under the Constitution and under International law.

Recruitment is to be done for filling up vacancies of a total of 2672 posts including 2420 vacancies to the post of Special Reserve Constable Force and 252 Bandsmen posts are to be done.

The prayer which has been requested from the side of the petitioner which has been made at the High Court for directing the state government to include a separate category for transgender persons for the post of Special Reserve Constable Force as well as Bandsmen, and consider all the applications by the transgender at par with other two gender categories.