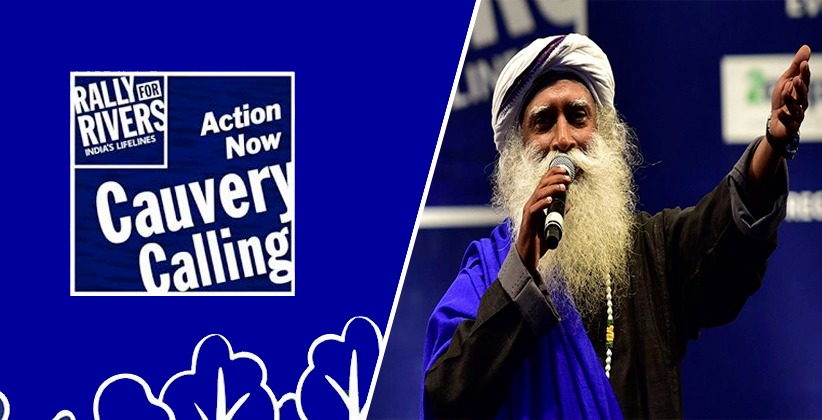 On November 3, 2020, the Karnataka High Court-appointed Advocate BV Vidyulatha as Amicus Curiae to assist the court in a petition which raised the objection over the Sadguru Jaggi Vasudev's Isha Foundation for collecting funds from the public for the Cauvery Calling Project.

In this case, the court has earlier removed the petitioner of the case Advocate A V Amarnathan by saying that his conduct was not that of a pro-bono litigant and converted the petition into a suo moto case. The Court took this strict action after noticing that the petitioner had sent a legal notice to the 'Discovery Channel' asking it to desist from telecasting a show on the 'Cauvery Calling Project'.

The Discovery Channel had scheduled to air program the Cauvery Calling Project on August 24, 2020. However, the program was canceled by the channel after receiving notice from Advocate A V Amarnathan. This was brought to the notice of the court by Isha Outrench.

The bench when removed Advocate A V Amarnathan as a petitioner said that “In his affidavit Amarnathan, instead of showing remorse, has justified what he has done. Therefore we cannot allow the petitioner to prosecute this petitioner as a pro-bono litigant. Orders passed by this court from time to time to show that the issue raised in the petition will have to be gone into. Therefore this petition will have to be treated as suo-moto (Public Interest Litigation)".

According to the petition, the Foundation is planning to plant 253 Crores tree saplings across the 639km stretch of the Cauvery river from its origin Talacauvery to Thiruvarur. The foundation is said to be collecting money from the public i.e. Rs 42 per tree planting. According to the petitioner, it is a major scam as collecting a sum of Rs 253×42 in total Rs 10,626 Crores.

On January 7, 2020, the Court has asked the foundation to disclose the amount that has been collected for the Cauvery Calling Project. The bench then also said that “Do not be under the impression that you are not bound by law because you are a spiritual organization". The Isha Foundation told the Court that the Cauvery Calling Project was being dealt with by Isha Outrench.

Cauvery Calling Project is intended to address farmer and water crisis in the Cauvery Basin District of Karnataka and Tamil Nadu. It offers an economic solution with significant ecological benefits. Isha Outrench is a public charitable trust register under Section 12AA of the Income Tax Act, 1961.