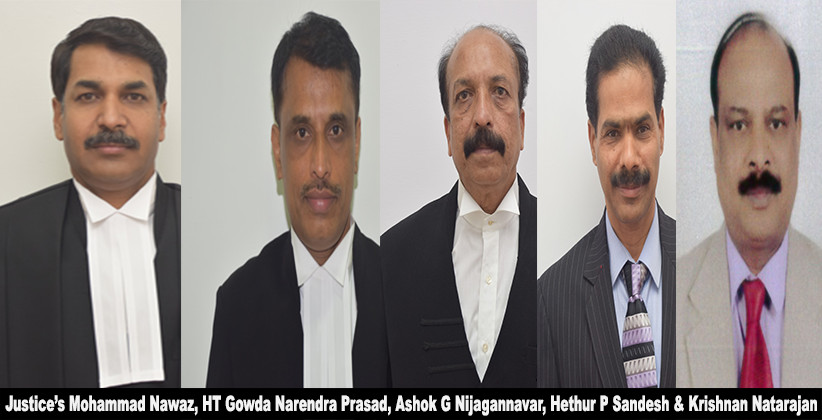 New Delhi: The Supreme Court Collegium on Wednesday approved the proposal for the appointment of five Additional Judges as the permanent judges of the Karnataka High Court.

The resolution uploaded on the website of the Supreme Court said that the Collegium in its meeting held on December 17, 2019 has approved the proposal for appointment of five Additional Judges as permanent, after taking into consideration the material on record.

The decision was taken by the Collegium headed by Chief Justice SA Bobde.

Past couple of days has seen many appointments and transfers in the legal fraternity in various states. Some decisions have been opposed by the local bar associations while some have been welcomed graciously.