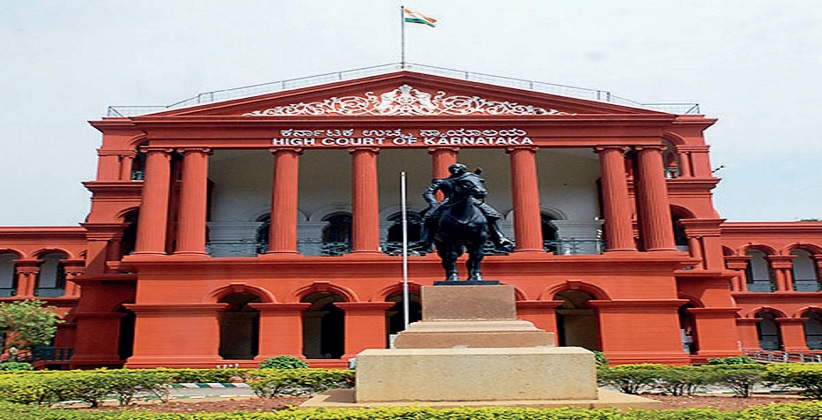 A student of Karnataka State Law University had filed a Public Interest Litigation in the Karnataka High Court so as repugn the decision of the University of conducting the intermediate semester exams in October 2020. The petition was filed by a 3rd-year law student named Purbayan Chakraborty wherein he emphasized the mass promotion of intermediate semester students based on a 50:50 evaluation scheme. The PIL was heard by the division bench of Justice B V Nagarathna and Justice Ravi V Hosmani. The Bench objected to the maintainability of the case as it was questioned that the foundation of PIL resorts that there should be no personal benefits attached to the petitioner by the medium of PIL. Therefore, the petitioner submitted his withdrawal of PIL as he was a beneficiary to the PIL and asked for permission to file a fresh writ petition against the University.

The petitioner, Purbayan Chakraborty has contended the conducting intermediate semester exams would lead to infringement of the fundamental rights of the students and it is also contradicting the University Grants Commission revised Guidelines dt. 10th July 2020 and a Karnataka Government order. As per the UGC’s orders, the Universities are directed to evaluate all the students except for the graduating batch by following a comprehensive scheme of 50:50 where 50% of the weightage would be given to the internal evaluation of the students and other 50% would be referred from the scores secured by the student in previous semesters.

The petitioner has also mentioned in his plea that conducting semester exams for the intermediate “even semesters” would not be wise as many of the Institutions have commenced their online classes and teachings of the subsequent semester and it would be mentally exhausting for the students to manage their ongoing classes of the current semester as well as prepare and take the examinations of the previous semesters. It was also stated that due to Covid-19 pandemic many of the classes were conducted online and due to lack of internet facilities, the remoteness of the areas, many students were not able to join in for the classes and thus it would be completely unfair for such students as they were not able to access online classes and there is also an absence of adequate material required for preparation.

The petitioner has advanced his concern as to what is the urgency of conducting the intermediate physical exams whereas, under the Karnataka State Government notification of July, they are still in dilemma for conducting the physical classes. The State Government is relying on the directives of Union Home Ministry for any such implementation with regard to conducting of physical classes. Lastly, the student pleaded that students should be brought under the sphere of the Karnataka Government Examination Scheme and the UGC revised Guidelines, or else this would lead to an irrational classification of students which is violative of Article 14 of the Constitution (Right to equality). As it is well evident that India is soaring high in the number of Covid-19 infections, and conducting a physical examination of the intermediate semester students would risk the lives and health of the students, which can be regarded as a violation of Article 21 (Right to life). Hence it was put forth by the petitioner to kindly grant mass promotion to intermediate students emphasizing on 50:50 evaluation scheme.