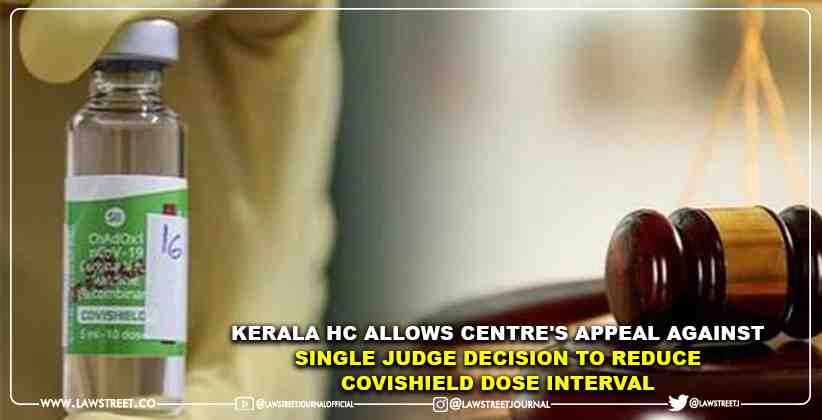 A division bench of the Kerala High Court on Friday (December 3, 2021) quashed the single judge's order directing the Union Government to allow taking the second jab of the Covishield four weeks after the first dose and before the prescribed 84-day gap for those who are willing to take it.

The division bench quashed the order saying it was a matter of policy decision by the Central Government.

A single judge had earlier asked the central government to allow the second jab after four weeks by scheduling the vaccination dates on the Cowin portal for those who are willing to take the second jab earlier than the prescribed gap of 84 days.

The court issued the order following an appeal filed by the central government seeking to quash the single judge's order. The single judge had issued the directive on the petition filed by Kitex Garments Ltd, Kizhakambalam seeking to allow it to vaccinate more than 10000 workers before the prescribed 84-day gap. Then the Union government filed an appeal before the Division Bench.

The Central Government argued that the judgment of the single judge if not set aside would result in disorder in the implementation of the strategy of the Union government to fight COVID-19.

In the appeal, the government submitted that the minimum duration of 12 weeks was stipulated based on scientific evidence, which constituted the basis of the National Covid Vaccination policy.

The single judge had allowed the petition on the premise that the government had earlier relaxed the vaccination interval in respect of certain classes of persons, who have to go abroad.

According to the Central Government, any change in the policy can only be carried out based on the necessary approvals and clinical trials. The judgment of the single judge will derail the vaccination policy throughout the country.