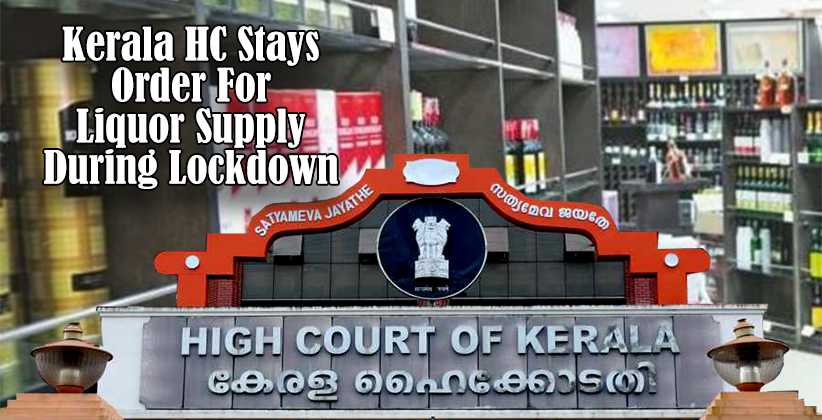 The Kerala High Court on 2nd April, 2020 has stayed the State Government's order that allowed supply of alcohol to people that suffered from Alcohol Withdrawal Syndrome (AWS). The Kerala Government Medical Officers Association and Indian Medical Association in their pleas stated that alcohol cannot be prescribed as a treatment for dependency on alcohol.

According to the government's order, any individual could collect an outpatient ticket and be examined by a doctor who if convinced by the patient's AWS could issue a note or certificate to the patient with a particular dosage or quantity of alcohol. The excise department on the basis of the note was authorised to issue a single liquor pass that could be used to obtain any beverage and procure the alcohol.

The High Court Bench that was headed by Justice Nambiar called out to the Kerala Government's order as a "recipe for disaster."

Allow Foreign Nationals' Who Test Negative For Corona To Travel Back To Their Countries; Flights To Be Arranged By Their Respective Govt: MEA [Read Order]