Home Judiciary Kerela High Court: “Merely Inciting Feelings of One Community Without Any Reference to Any Other Community Cannot Attract Section 153A IPC” [Read Order]
Judiciary 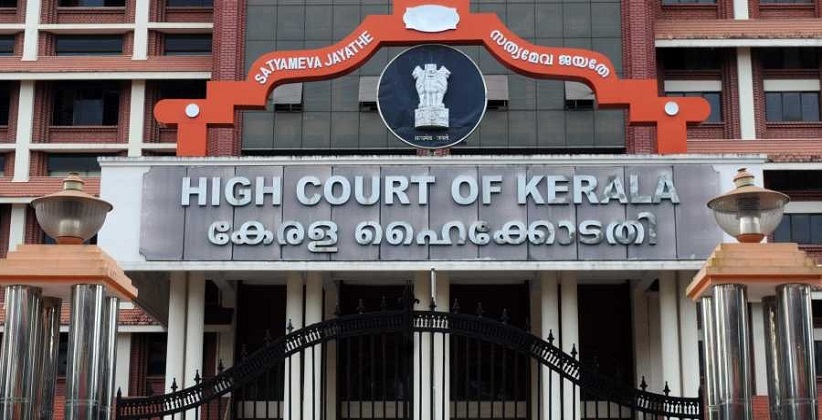 The Kerala High Court stated in its judgment on July 22, 2020, that “merely inciting the feelings of one community without any reference to any other community cannot attract the provisions of section 153A of IPC.”

Justice Ashok Menon stated the same while giving an anticipatory bail to a few of the individuals who were supposedly entangled in a conspiracy that ended in the demolishing of a film set established at Kalady riverside, which depicted a Church, within the premises of the Mahadeva Temple.

The contention against Pradeep RS, the General Secretary of Antharashtra Hindu Parishad (A.H.P) involved a post published on the General Secretary’s Facebook page, following the incident claiming his part in the act of obliteration by the associates of the organization and justified it. In his petition with regards to a bail issuance, he contended that he is not guilty and was not even there when the set was demolished. He also argued that the Facebook post was not meant to provide any source of enmity within different groups on the basis of religion. No other religion was referenced in the post.

The Public Prosecutor was against the bail petition arguing that the objective of the individual was “poisoning the minds of Hindus of the locality against the Christians stating that a Church or something resembling a Church has come up in the precincts of Mahadeva temple, which may probably be permanently snatched away by the members of the other religion.”

The court, while considering the maintainability of the bail petition under the Indian Penal Code, also stated that the quintessence of the offense under S.153A of the Indian Penal Code, 1860 is encouraging enmity between different groups on grounds of religion, race, place of birth, residence, etc. and doing acts prejudicial to maintenance of harmony.

"Real intention to incite one group or community against another is absolutely essential. It is necessary that at least two groups or communities should be involved. Merely inciting the feelings of one community or group without any reference to any other community or group cannot attract the provisions of S. 753A IPC. "

The court moreover noticed that the comments made by Pradeep RS is with reference to the Mahadeva temple only and not allowing such construction within the temple. The court further observed:

"Therefore, prima facie, the offense punishable under S. 753-A is not attracted to the facts of the case. (See also Bijumon v. State of Kerala 2078 (4) KHC 73.) At best, the Facebook post would amount to an admission regarding the involvement of the 1st accused as the President of the Ernakulam Division of Bajrang Dal and his supporters. "

Focusing on the argument of the accused that the set is not a house or a place of worship to attract the ingredients of "House-trespass" under Section 442 Indian Penal Code, 1860, the judge observed:

The court observed that the accused in these applications do not have any criminal antecedents while granting anticipatory bail with conditions.