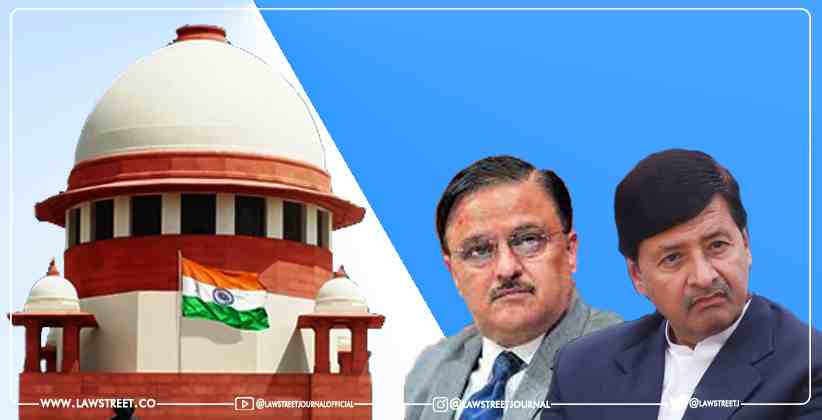 The Supreme Court recently stated that the Labour Court cannot overturn management's decision on "ipse dixit" and that the decision was not based solely on hypothesis.

A Division Bench comprised of Justice Ajay Rastogi and Justice Abhay S Oka observed that the jurisdiction of a Labour Court under Section 11A of the Industrial Disputes Act, 1947 must be exercised judiciously and cannot be exercised arbitrarily or capriciously. While the Tribunal may examine or analyse the evidence, what matters is how it is done (Case: Standard Chartered Bank Vs RC Srivastava).

Section 11 A of the Industrial Disputes Act of 1947 addresses the powers of Labour Courts, Tribunals, and National Tribunals to grant appropriate relief in cases of workmen discharge or dismissal.

The observations were made in the context of a Tribunal's order reinstating a Bank employee while overturning the order terminating him following a disciplinary investigation.

The Bench found that the Tribunal completely ignored and exceeded its jurisdiction by interfering with the finding made during the course of the disciplinary investigation, as a result of which the respondent employee was dismissed from service.

Furthermore, the High Court made a clear error in issuing the contested judgement and upholding the Tribunal's order of reinstatement.

The Bench determined that the Tribunal converted itself into a Court of Appeal as an appellate authority and overstepped its jurisdiction while appreciating the findings recorded during the course of the domestic investigation.

The bench said, “If a piece of evidence is on record which could support the charge which has been levelled against the delinquent unless it is per se unsustainable or perverse, ordinarily is not to be interfered by the Tribunal, more so when the domestic enquiry has been held to be fair and proper."

The court observed, “The decision of the Labour Court should not be based on mere hypothesis. It cannot overturn the decision of the management on ipse dixit. Its jurisdiction under Section 11­A of the Act 1947 although is a wide one but it must be judiciously exercised. Judicial discretion, it is trite, cannot be exercised either whimsically or capriciously. It may scrutinize or analyse the evidence but what is important is how it does so."

The Bench made the remarks while delivering its decision in an appeal filed against the Allahabad High Court's order dated November 21, 2014, which upheld the reinstatement of a Standard Chartered Bank employee with full back wages awarded by the Tribunal in 2006.

In the present case, a charge­sheet dated January 27, 1988 was served on the respondent employee for the alleged delinquency committed on January 12, 1988 while performing his duties, with the allegation of:

1. Drunkenness within the premises of the Bank

2.Manhandling and assaulting the senior officers

3.Hurling abuses at the management

A departmental inquiry was held in accordance with the Bipartite Settlement, and after adhering to the principles of natural justice, the Enquiry Officer found the charges against the employee to be proven. By an order dated August 22, 1991, the disciplinary authority confirmed the Enquiry Officer's findings and sentenced him to dismissal from service.

The Tribunal, on the other hand, reversed the order, ordering the employee's reinstatement in service with full back wages, seniority, and all other benefits, finding that the Bank's management had miserably failed to establish the charges levelled against him and holding the charges unproven.

The Bank challenged the Tribunal's order in the High Court, but it was dismissed.

The Supreme Court, in its order dated September 29, 2021, held that the Award passed by the Tribunal and confirmed by the High Court under the impugned judgement is not legally sustainable.

The Supreme Court granted the Bank's appeal against the High Court's decision upholding the Tribunal's order of reinstatement of the employee, with the caveat that there will be no recovery in relation to the payment made over to the respondent worker during the interregnum period.