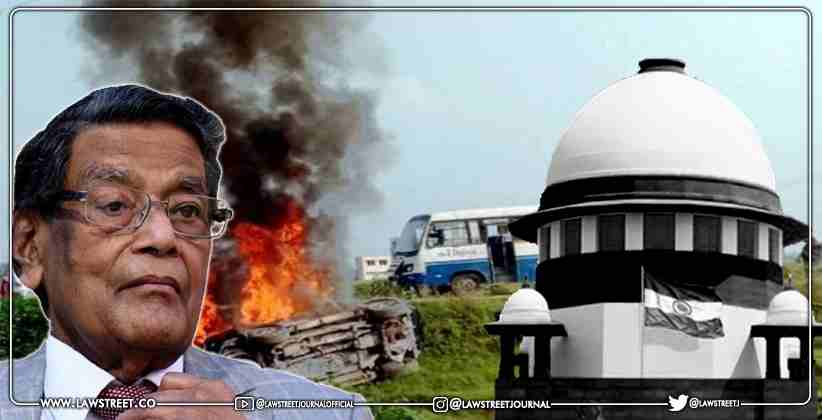 KK Venugopal, India's Attorney General, remarked upon the recent violent incident in Lakhimpur Kheri before the Supreme Court on Monday (October 4, 2021), calling it a "unfortunate incident."

A Bench comprised of Justices AM Khanwilkar and CT Ravikumar stated orally that when events like these occur, no one takes responsibility.

While making his submissions on the issue of protests against the three farm laws, the AG stated that there should be no protests because a large number of petitions challenging the laws have already been filed before the Supreme Court.

"We saw the unfortunate incident that occurred yesterday at Lakhimpur Kheri," he said.

Tushar Mehta, India's Solicitor General, stated that "No one should be on the roads while the case is being heard by the Supreme Court. They must have faith in us."

"Protests must be put to an end," the AG said while adding, "Because the government has stated unequivocally that it will not withdraw the three laws, the only option is for them to pursue their challenge to the three laws."

"Why protest when the law is not in effect? And the court has put it on hold. There will be a stay, " the Bench further noted.

It also expressed its displeasure with protests being planned even though petitions challenging farm laws are already pending before the Constitutional Court.

"We are on principle," the Bench said, "Once you go to court and challenge executive action, how can the same party say, that matter is before court, but I will still protest?"

The bench made these comments while hearing a writ petition filed by "Kisan Mahapanchayat" seeking directions to the authorities under the Central Government, Lieutenant Governor, and Commissioner Delhi Police ("Respondents") to allow the Mahapanchayat to stage Satyagraha at Jantar Mantar, as permitted to Sanyukt Kisan Morcha farmers.

As of now, the Court has rescheduled the hearing in the matter for October 20,2021, to consider the legal question of whether a person has the right to protest when the issue is before the Court.