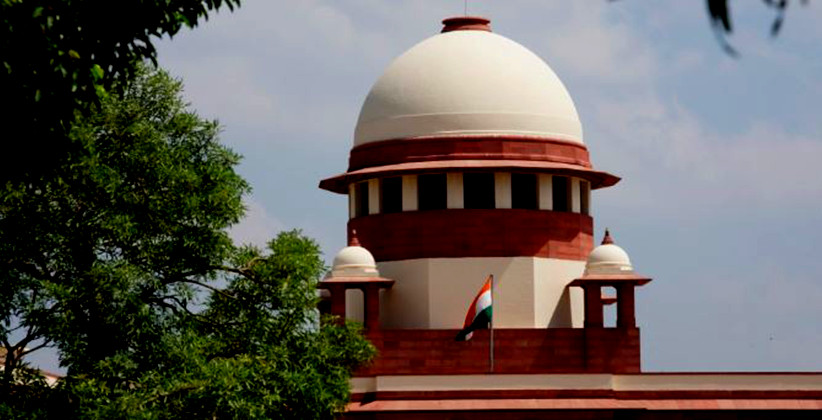 The Supreme Court of India today (January 7, 2020) questioned the locus standi of the NGO Samaj Parivartana Samudaya in DK Shivakumar’s alleged land grabbing case. The NGO said that, “We are not clear what happened to that complaint in Lok Ayukta.” They also stated that they will file a detailed affidavit explaining their role in the present matter.

The Apex Court has given two weeks to the petitioners and adjourned the matter for now.

Earlier, Karnataka minister D.K. Shivakumar opposed an NGO’s efforts in the Supreme Court to re-open a land-grabbing case against him. The apex court had, on February 21, 2019, allowed the petitioner, Kabbale Gowda, to suddenly withdraw the case which had been pending for the past three years.

Post his withdrawal, SPS (Samaj Parivartana Samudaya), the NGO, represented by Advocate Prashant Bhushan filed an application to re-call the order dated February 21, 2019. He also said that the petition had been compromised.

Mr. Bhushan said, “Karnataka government has joined hands with these powerful accused persons. Eventually, private petitioners like Mr. Gowda have been compelled to withdraw their case, resulting in the NGO to take up the fight.”

The case was withdrawn on February 21, 2019 without even informing the NGO, which was an intervenor. Senior advocate Kapil Sibal, for Mr. Shivakumar, questioned the locus standi of the NGO to seek a re-call of the withdrawal order of the court.

The case revolves around a piece of land measuring over five acres and dates back to 1962. The then-purchaser decided to convert the land use of over four acres from agricultural to industrial. The

Bangalore Development Authority (BDA) acquired the land in 1986. Despite the acquisition , Mr. Shivakumar , who was then the urban development minister, purchased the land from the original owner for ₹1.62 crore in 2003.The petition said the land registration was done despite revenue documents showing that the land stood in BDA’s name. According to the petition, Mr. Shivakumar  allegedly entered into joint agreements with other companies to develop the land in both 2004 and 2011.