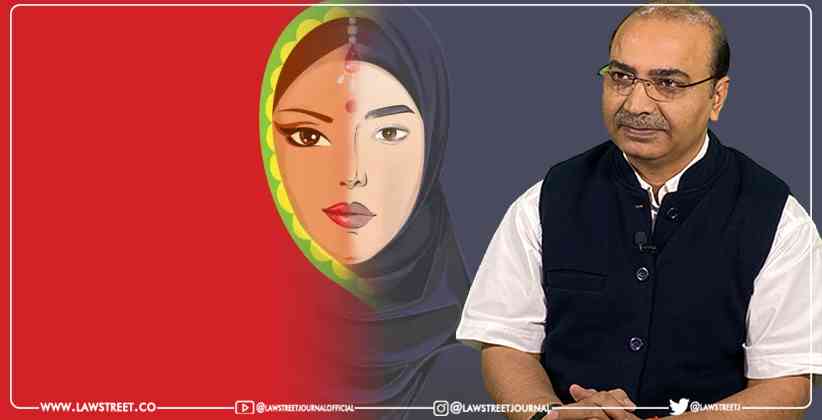 In the case of M Lavanya's alleged death by suicide in Tamil Nadu, Ashwini Kumar Upadhyay, Supreme Court Advocate and BJP Leader, has petitioned the Supreme Court to 'regulate deceptive religious conversion.' The suspected suicide of a 17-year-old girl from Thanjavur made the news, prompting speculation that it was a case of coercion and undue influence in a fraudulent religious conversion.

The Petitioner further states that Lavanya’s shocking and untimely demise is a wake-up call and it is not just about this case but many more girls have been compelled to take drastic measures as a result of such coercive-persuasive tactics.

While Article 14 of the Indian Constitution guarantees equality before the law and equal protection under the law, Article 21 guarantees the protection of an individual's life and personal liberty. Notably, Article 25 bestows moral rights on a person in order to protect his or her right to practise and spread any religion of one's choosing.

Adv. Ashwini Upadhyay said in the petition that a deceased 12th-grade student from Sacred Heart Higher Secondary School in Tamil Nadu 'committed suicide by consuming pesticides.' The Missionary School abused and pressured her to convert to Christianity, she stated in her dying declaration, according to the plea.

The plea states that ‘Religious conversion is a pan India problem'.

Upadhyay cited an example from Madhya Pradesh in which the National Commission for Protection of Child Rights (NCPCR) discovered a conversion racket in Raisen, Madhya Pradesh, where 'tribal Hindu girls were brought to the hostel and were taught Christian theological materials to convert them to Christianity.' Following that, he recounted a couple of other cases of forced conversion from Telangana and Gujarat.

The plea further sought "Therefore, it is prayed that the Centre must constitute a Judicial Commission or an Expert Committee to examine the anti-conversion laws and policies of the developed nations and the best provisions of the Anti-Conversion Laws of the States and enact a law to control forceful and deceitful religious conversion. Alternatively, the Law Commission of India may be directed to prepare a report on religious conversions in India within a period of three months"

"Petitioner respectfully submits that the population explosion and religious conversion by 'hook and crook and carrot and the stick' is a national problem. Therefore, Centre must enact a strong and effective Population Control Law and Anti Conversion Law on top priority," the plea further read.

In the end, the petition states that “Deceitful religious conversion is continuously being carried out at large scale throughout the country with non-interference and complete ignorance by the Centre as well as State. If it won’t be checked, Hindus will gradually become a minority throughout the territory of India, which was at a time, considered a Hindu majority country. Deceitful religious conversion is a pan India problem. Therefore, Centre is obligated to enact a Law and get it implemented throughout India. Law should have in-depth scrutiny on foreign funds as many individuals operate under the veil of NGOs. But Centre has not taken appropriate steps. Hence, this PIL”

After alleging maltreatment by her hostel warden and an attempt to convert her family to Christianity, a class 12th student committed suicide on January 19. K.Annamalai, a Tamil Nadu BJP politician, posted a video of the young girl, stating that the police were attempting to hide the incident and affect the outcome of the investigation. The accused warden was arrested for abetting suicide under the Juvenile Act and other sections/articles.

The Madras High Court's Madurai Bench has ordered the person who recorded the video of the 17-year-old girl alleging forced conversion to appear for questioning and surrender her cellphone. It is reported to have a 44-second video of the deceased in which she confesses to her warden's horrors and claims to have been forced to practise Christianity.